Comelec ready for everything on election day, including the Big One 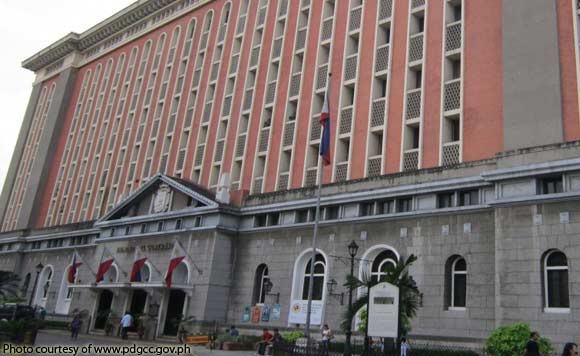 0
19
Want more POLITIKO News? Get the latest newsfeed here. We publish dozens and dozens of politics-only news stories every hour. Click here to get to know more about your politiko - from trivial to crucial. it's our commitment to tell their stories. We follow your favorite POLITIKO like they are rockstars. If you are the politiko, always remember, your side is always our story. Read more. Find out more. Get the latest news here before it spreads on social media. Follow and bookmark this link. https://goo.gl/SvY8Kr

MANILA — Due to the recent earthquakes recorded in different parts of the country, the Commission on Elections (Comelec) is set to release rules on what to do in case tremors occur on election day, an official said Tuesday.

Comelec spokesman James Jimenez said the rules of procedures are being prepared that will be implemented in the event earthquakes happen next week.

“We are doing our best to come up with this policy as quickly as possible,” said Jimenez in a media interview.

“Again all of these things why they should have been part of the planning a long time ago its only now it’s becoming very urgent for some reason,” he said.

Jimenez noted that they are also coordinating with the Department of Education (DepEd) to check on school buildings particularly in areas hit by tremors in the past weeks.

“So now in the wake of this earthquake, I guess the first thing to do is to coordinate with DepEd to find out if the voting facilities are still structurally sound,” Jimenez said.

During elections, public schools in the country are usually used as polling centers.

Jimenez added that their primary concern is the safety of all– including voters, Comelec personnel, and other stakeholders.

“The most important consideration here is their safety and we want to make sure that if there are voting precincts in these areas, they should be safe and they have not been damaged by either the primary earthquake or the aftershocks,” he said.

Jimenez said they are prepared to secure the vote counting machines and other poll paraphernalia if such incidents happen.

“The police are under instruction to secure the polling places or for instance the voting machines cannot be taken out, then the school should be locked down,” Jimenez said.

He added that under deliberation is when a declaration of failure of elections will be done.

“The safest bet here is to either suspend or declare failure of elections. That decision is still being made,” Jimenez said.

In the past weeks, earthquakes have been recorded in three regions of the country, including a magnitude 6.1 earthquake that jolted parts of Central Luzon and Metro Manila.

The province of Pampanga recorded at least five casualties while injuring many others when a four-story supermarket in Porac collapsed after a tremor hit last April 22.

The most recent tremor was recorded at 5.5 magnitude in Ilocos Norte Monday morning.

On May 13, the country will be holding its fourth automated elections nationwide. (PNA)