Alan, Lani can run for Congress in Taguig-Pateros: Residence is different from domicile 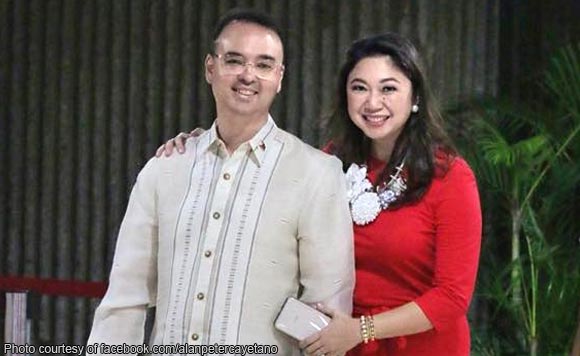 The Commission on Elections (Comelec) on Monday denied the petition to disqualify Alan Peter Cayetano, who is seeking to represent the 1st District of Taguig-Pateros in the House of Representatives in the forthcoming polls.

In its 18-page decision, the poll body’s Second Division ruled against the motion of petitioner Leonedes Buac, noting that the respondent did not misrepresent himself, particularly with regards to his residence.

“In view of the foregoing, respondent not having abandoned his domicile in Barangay Bagumbayan, correctly declared that his residence is such address and no material misrepresentation that is false can be imputed for such act nor his act of declaring himself eligible for the office sought to be elected to as his domicile remains to be in Barangay Bagumbayan in the First District of Taguig-Pateros,” said the ruling promulgated on May 6.

The poll body also ruled that the civil and election laws were never meant to be reconciled, on why Cayetano does not have the same declared residence as his wife, Lani Cayetano, as provided by the Family Code.

“Based on the foregoing, there should be no confusion to begin with as to the Civil Code pertains to residence as mere actual residence and not domicile as it is understood in election law and as used to determine residency for qualification purposes… the Supreme Court recognizes that domicile is not lost by the establishment of matrimonial domicile elsewhere,” the decision added.

The Second Division noted that the residence was different from one’s domicile and that a person may maintain several places of residences and not lose his/her domicile in the process.

Last November, the petitioner, represented by lawyer Emil Marañon, filed separate petitions to deny due course to the Certificates of Candidacy (COCs) of Alan and Lani Cayetano, who is running for congressman of the Second District of Taguig City.

Buac questioned the separate addresses of the couple which is not accordance with Article 69 of the Family Code.

According to Alan, he is a resident of Barangay Bagumbayan in the First District, while Lani claims she resides in Barangay Fort Bonifacio in the Second District. (PNA)