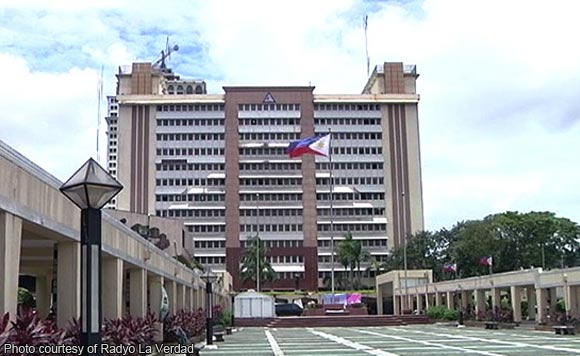 0 2,154
Share
Want more POLITIKO News? Get the latest newsfeed here. We publish dozens and dozens of politics-only news stories every hour. Click here to get to know more about your politiko - from trivial to crucial. it's our commitment to tell their stories. We follow your favorite POLITIKO like they are rockstars. If you are the politiko, always remember, your side is always our story. Read more. Find out more. Get the latest news here before it spreads on social media. Follow and bookmark this link. https://goo.gl/SvY8Kr

MANILA — A total of 96 candidates are competing for the 36 seats in the Quezon City Council in the May 13 elections.

Quezon City, the former capital of the country, is composed of six congressional or city districts.

According to data from the Commission on Elections (Comelec) office in Quezon City, the city’s second district has the biggest number of aspirants with 22, followed by the sixth district with 18, third district with 17, and first, fourth and fifth districts with 13 candidates each.

The largest local government unit in Metropolitan Manila in terms of population and land area, Quezon City is composed of 142 barangays. These barangays have a total population of 2,936,116 as of the 2015 national census.

Ten candidates are vying for the city’s top elective position to be vacated by Mayor Herbert “Bistek” Bautista on June 30.

The younger Belmonte, who is running under the Serbisyo sa Bayan Party (SBP), is facing nine other candidates for the same post.

The Comelec-QC office has not released the official list of aspirants for the city’s six congressional districts, saying the candidates for the said posts filed their certificates of candidacy (COCs) with the Comelec’s National Capital Region. (PNA)