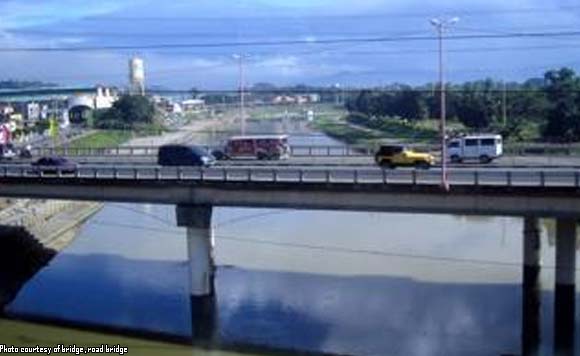 0 2,176
Share
Want more POLITIKO News? Get the latest newsfeed here. We publish dozens and dozens of politics-only news stories every hour. Click here to get to know more about your politiko - from trivial to crucial. it's our commitment to tell their stories. We follow your favorite POLITIKO like they are rockstars. If you are the politiko, always remember, your side is always our story. Read more. Find out more. Get the latest news here before it spreads on social media. Follow and bookmark this link. https://goo.gl/SvY8Kr

The Metropolitan Manila Development Authority (MMDA) on Thursday deferred the May 4 closure of the eastbound lane of Marcos Bridge in Marikina City.

After a meeting with officials of the Department of Public Works and Highways, its private contractor and SM Marikina, MMDA officials decided to move the closure date to May 11.

“An ocular inspection led by MMDA officials in the area showed that the private contractor is not yet ready to push through with the Marcos Bridge rehabilitation project that would affect motorists, truckers, and commuters in the eastern part of Metro Manila,” the MMDA said in a statement.

The private contractors are yet to open an intersection for trucks traversing the area; install traffic signal for trucks from Libis going to Katipunan in Quezon City; open a slot at the median island for eastbound vehicular traffic or vehicles from Cubao to Antipolo and install all signage informing the public of the project.

The agency has given a week for the private contractor to complete the necessary preparations to minimize the inconvenience that the closure would cause to motorists.

Earlier, MMDA general manager Jose Arturo Garcia Jr. said the closure of the portion of the bridge going to Antipolo City will be closed for four months.

The private contractors of the DPWH will work on the opposite direction after four months.

“The bridge is overdue for rehabilitation as this is already more than 30 years,” said Garcia in a recent press briefing.

The MMDA advised motorists going to Antipolo to take the westbound direction while vehicles to Cubao in Quezon City could use the service road in front of SM Marikina Mall.

Around 3,000 motorists will be affected by the closure of the bridge, according to the MMDA. (PNA)