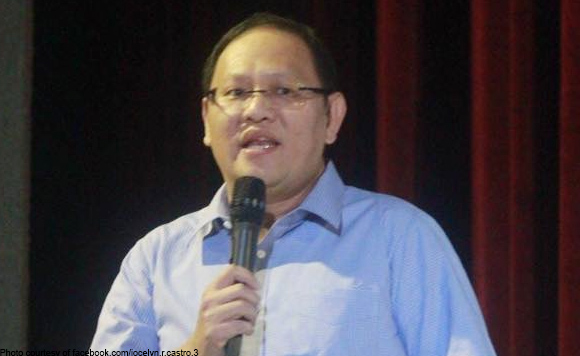 0 1,516
Share
Want more POLITIKO News? Get the latest newsfeed here. We publish dozens and dozens of politics-only news stories every hour. Click here to get to know more about your politiko - from trivial to crucial. it's our commitment to tell their stories. We follow your favorite POLITIKO like they are rockstars. If you are the politiko, always remember, your side is always our story. Read more. Find out more. Get the latest news here before it spreads on social media. Follow and bookmark this link. https://goo.gl/SvY8Kr

The withdrawal of support of the Marikina City government to its local police is a mere issue of miscommunication, Mayor Marcelino Teodoro said Monday.

This, after the mayor said he met with officials from National Police Commission (Napolcom) and Eastern Police District (EPD) who later found out that the city government has been providing support to local police which is more than what is required by the law.

“They found out that we have been supporting the police more than required by law. Napolcom learned that there was really no violation,” Teodoro told reporters during an interview shortly after the visit of Napolcom officials and EPD director Brig. Gen. Christopher Tambungan, to get his side on the issue.

“It was really a miscommunication. They said sorry for the inconvenience it has caused me,” the mayor added.

Last week, Marikina police officer-in-charge, Col. Redrico Maranan, confirmed the reduction of gas allowance for the city’s patrol cars and the tickets for city ordinances and cutting of hotline numbers for peace and order operations.

Teodoro explained that he just removed the P100,000 from the local police’s gas allowance allocation in order to rationalize the fund as they just acquired 20 mobile cars.

The mayor said the local government has allocated P80 million for a peace and order projects this year, which is for the local police and were also given monthly allowances from the city government.

“Around P1 million was given to at least 750 policemen, plus honorarium during activities,” he noted.

On the issue of revoking tickets, Teodoro said he removed it three days after Maranan took office, saying he has been planning to remove it even before the latter arrived.

“I have been receiving complaints. The policemen were accused of implementing quota system,” he said.

Teodoro said that he does not want to file a case against Maranan.

On the matter of lack of notice on Maranan’s appointment, Teodoro cited a provision of Republic Act 7160 and the Department of the Interior and Local Government (DILG) Act (Republic Act 6975) as amended that expressly states “that the City Mayor has operational supervision and control of PNP units within his jurisdiction.”

“It is a matter of courtesy and respect and observance of the law that I should at least be notified,” he added.

Teodoro also welcomed the fair and impartial probe to be made by DILG.

“We already reached out to both camps. Mayor (Teodoro) will continue to provide support to the local police. (We will still) continue (our) probe on the incident,” Eleazar told PNA in a phone interview when sought for a comment. (PNA)