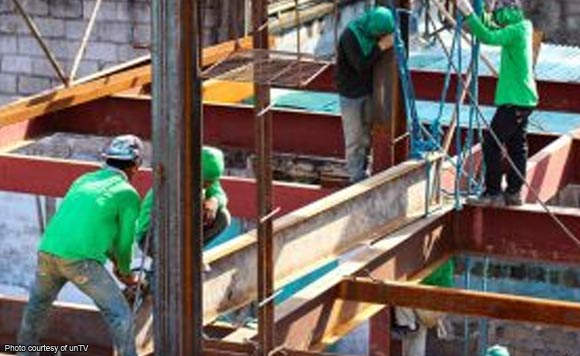 The Trade Union Congress of the Philippines (TUCP), touted as the country’s largest labor union, announced on Sunday that it will be seeking for a P710 per day across-the-board wage increase for workers in the National Capital Region (NCR) in order to lift more Filipinos out of poverty.

This is 150 percent more than the minimum wage in Metro Manila currently pegged at P537 per day.

The labor group, led by its president Raymond Mendoza and other union officers are expected to formally file this latest wage hike petition
before the NCR Regional Tripartite Wages and Productivity Board
(NCR-RTWPB) in Malate, Manila at 9 a.m. on Monday (April 29).

If the union’s petition is approved, this will bring the minimum wage
in Metro Manila to P1,247 per day, TUCP spokesman Alan Tanjusay
explained.

“We are not hitting President Duterte or the government with this
(wage hike petition), we are just telling the decision makers there is
an urgent need to raise wages so that people can live decently. It
seems that some government economists have set the poverty threshold
very much lower than what it should be,” he said.

Tanjusay said that government considered a family consisting or five
members who have a total household monthly income of P10,481 as “out
of poverty.”

He said the NCR-RTWPB should factor-in recent developments such as
inflationary spikes in food and other basic goods, in setting
“realistic wages.”

TUCP is also set to file separate wage hike petitions in other
regions. Petitions may be filed with wage boards in Cebu and Davao
within the week, Tanjusay revealed. “We are still computing what the
right amount should be in the other regions,” he said.

The labor group has traditionally filed its wage hike petitions in
time for the celebration of Labor Day on Wednesday (May 1). (PNA)