Only ‘minor defects’ in 3 of 275 Metro bridges due to Monday’s quake, including Guadalupe bridge in Makati 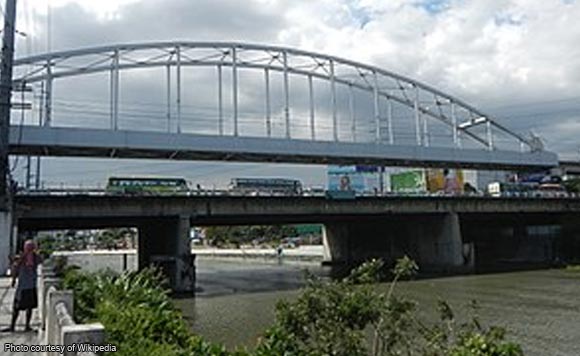 0 385
Share
Want more POLITIKO News? Get the latest newsfeed here. We publish dozens and dozens of politics-only news stories every hour. Click here to get to know more about your politiko - from trivial to crucial. it's our commitment to tell their stories. We follow your favorite POLITIKO like they are rockstars. If you are the politiko, always remember, your side is always our story. Read more. Find out more. Get the latest news here before it spreads on social media. Follow and bookmark this link. https://goo.gl/SvY8Kr

Three of the 275 bridges in Metro Manila that have been inspected by the Department of Public Works and Highways (DPWH) sustained minor defects due to the 6.1 magnitude earthquake that hit Luzon on Monday.

Citing the report of DPWH-NCR, Secretary Mark Villar said Thursday these are Guadalupe Bridge in Makati City with crack on girder; and the Tinajeros and Tanza Bridges in Malabon City with minor cracks at railings.

“Guadalupe Bridge is already up for major retrofitting under DPWH Unified Project Management Office, while Tanza Bridge will undergo second stage of inspection. The minor damage on Tinejeros Bridge on the other hand does not require immediate repair, as railings do not carry load,” he said.

At the same time, the DPWH chief reported that three of the 53 school buildings in NCR that have also sustained minor defects, were recommended for immediate structural evaluation.

Majority of the school buildings bore cracks on walls, columns, beams, and ceiling.

Villar noted that they are coordinating with the Department of Education (DepEd) for the restoration especially of structures with major damage.

“We are working closely with other national government agencies and stakeholders to ensure that our disaster preparedness, response, and rehabilitation programs are efficient,” he added.

With this, the DPWH secretary announced that all national roads and bridges affected by earthquakes are now accessible to the public.

“The DPWH Quick Response Teams were able to assess, fix, and open various roads, bridges, and other infrastructure that were damaged by the recent earthquakes in Luzon, Visayas and Mindanao,” Villar said.

“As early as Wednesday afternoon, we were able to repair and open Consuelo Bridge in Floridablanca, Pampanga to light vehicles. Assessments of other infrastructure are also being conducted in the entire Central Luzon,” Villar added.

DPWH has also opened the East Lateral Mega Dike in Bacolor, the Floridablanca-Consuelo Bridge, and the Sasmuan-Lubao Road.

In Metro Manila, the section of UN Avenue, in front of Emilio Aguinaldo College is still cordoned off to one lane to prevent possible impact to passing vehicles on the leaning building.

On Tuesday, a magnitude 6.5 earthquake struck the town of San Julian in Eastern Samar.

Shortly before noon on Wednesday, two earthquakes, with a magnitude of 4.7 and 4.5, hit Baganga, Davao Oriental and Sarangani, Davao Occidental, respectively.

Roads, bridges and other structures were affected by tremors that hit the three main islands of the country this week. (PNA)