Hectic! Cynthia says being endorsed by Sara’s Hugpong, PDP-Laban can be a bitch 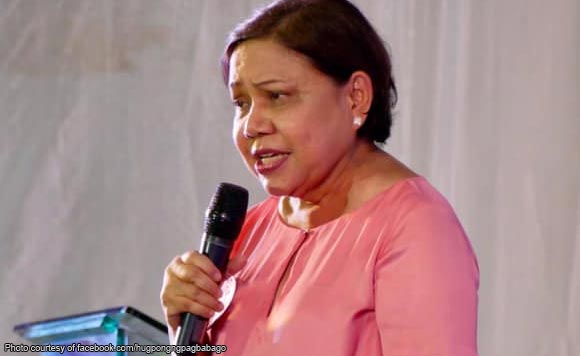 0 764
Share
Want more POLITIKO News? Get the latest newsfeed here. We publish dozens and dozens of politics-only news stories every hour. Click here to get to know more about your politiko - from trivial to crucial. it's our commitment to tell their stories. We follow your favorite POLITIKO like they are rockstars. If you are the politiko, always remember, your side is always our story. Read more. Find out more. Get the latest news here before it spreads on social media. Follow and bookmark this link. https://goo.gl/SvY8Kr

While getting endorsed by the President and his influential daughter was a boost, re-electionist Senator Cynthia Villar revealed that this year’s campaign has been a bitch compared to her previous run in 2013.

Villar said she tried to attend all rallies but admitted it was difficult to be present in all.

Villar belongs to the Nacionalista Party which is led by her husband, former senator Manny Villar.

She said her husband has not joined her in the hustings. “He’s managing our business, his very busy with that and ‘yung aking mga office work. ‘yun tumutulong siya doon,” she said.