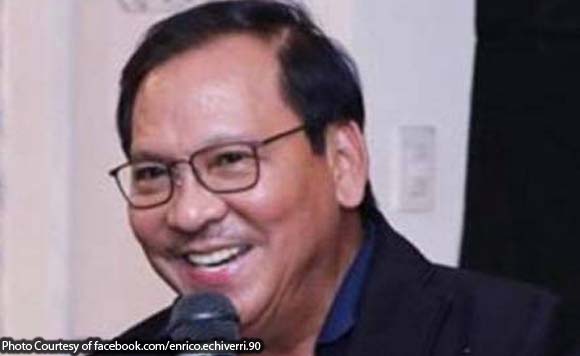 The Sandiganbayan 6th Division has granted the motion of the Office of the Ombudsman to withdraw other charges against former Caloocan City mayor Enrico Echiverri.

The anti-graft court has issued two resolutions which allowed the withdrawal of four counts of graft and falsification charges against Echiverri as well as his co-accused, city accountant Edna Centeno and budget officer Jesusa Garcia.

The charges are part of cases filed against Echiverri concerning the various projects worth P16.47 million.

The Ombudsman sought the withdrawal following a Supreme Court (SC) ruling related to the cases.

The SC cited Sanguniang Panglungsod Ordinance No. 0464, series of 2010 showed that it “authorized then Mayor Echiverri to enter into various city development projects.”

The high court added that “the subject project strictly underwent the required procurement process, which eliminated the possibility that the contract was entered into with manifest partiality or gross inexcusable negligence on the part of therein respondents, and likewise, the possibility of the transaction resulting in undue injury or actual damage to Caloocan City.”