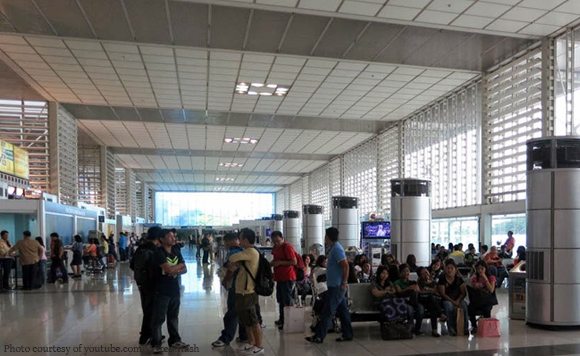 0 1,591
Share
Want more POLITIKO News? Get the latest newsfeed here. We publish dozens and dozens of politics-only news stories every hour. Click here to get to know more about your politiko - from trivial to crucial. it's our commitment to tell their stories. We follow your favorite POLITIKO like they are rockstars. If you are the politiko, always remember, your side is always our story. Read more. Find out more. Get the latest news here before it spreads on social media. Follow and bookmark this link. https://goo.gl/SvY8Kr

Immigration officers will remain on heightened alert until April 23 as passenger surge is expected, especially at the Ninoy Aquino International Airport (NAIA) by Wednesday and Thursday.

In an interview with the Philippine News Agency (PNA) on Tuesday, Immigration Port Operations Division chief, Grifton Medina, said immigration officers are urged to be more vigilant and prepared for the high volume of passengers this Holy Week.

“We do not want persons of interest or terrorists to take advantage of the season. We urged our officers to be more vigilant both at the arrival and departure areas. Also, the volume of passengers that we’re having this season is more than usual,” he said.

Medina said the Bureau of Immigration (BI) has ensured that there would always be an officer to man the immigration counters.

“We call this the ‘rapid response mechanism’. There is always somebody to man the counters if ever the need arises,” he noted.

He said that last Sunday and Monday, the immigration counters at NAIA had to deal with around 8,900 passengers in about two hours.

“We are expecting this number to increase to 10,000 by Wednesday or Thursday, when people would usually go to their hometown or go on vacation,” Medina said.

“We (might be dealing with) 10,000 passengers per shift, or maybe per two hours. We don’t know yet because the airlines have yet to submit data,” he said.

He added that they are ready in case the manpower in an airport terminal is not enough.

“In case additional manpower would be needed, our secondary inspectors or the TCEU (Travel Control and Enforcement Unit) would sit in the counters. In case it’s still not enough, we would have our admin officers and intel officers man the counters,” he said.

Medina said that an augmentation force from the main office is ready to man the counters.

While the bulk of passengers are in NAIA, Medina said the BI also applies the rapid response mechanism in other airports in Clark, Cebu and Davao.

He said they also expect a surge of passengers on Sunday when people return from their vacation.

“The challenge is to process each passenger within 45 seconds. We need to be alert and be meticulous in inspecting the documents within that 45 seconds,” Medina said. (PNA)