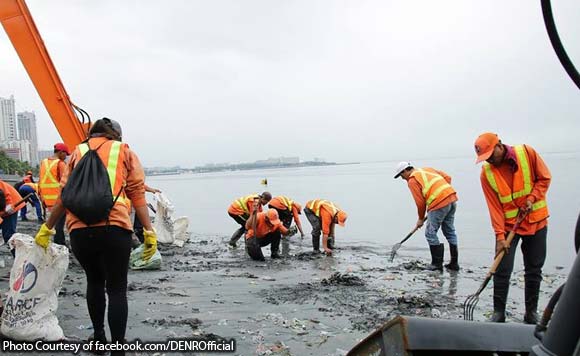 The Department of Public Works and Highways (DPWH) is looking to finish the “Sagip Manila Bay” clean-up works of the 1.5-kilometer area of Manila Bay in the next three months.

DPWH Undersecretary for Technical Services and Unified Project Management Office (UPMO) Operations Emil Sadain reported that the deployment of two units of multi-purpose amphibious dredge Watermaster Classic 5 will contribute to their efforts of completing the removal of debris, plastics, other solid wastes and dissolved solids or the so-called muck with some traces of sand by July.

He noted the units with cutter suction that offers combination of mobility and heavy-duty dredging capacity will further fast-track the cleaning between the area of US Embassy to Manila Yacht Club in preparation for the upcoming rainy season.

“Improvements as a result of DPWH activities can now be seen but we will not relax and instead we beefed up our operating fleets of two crawler mounted land based, four amphibious excavators, debris segregators, and among others,” Sadain said during an inspection of the dredging operations on Wednesday.

The operation at Manila Bay Area was divided into five sectors each ranging from 200 to 300-meters long, until the entire 1.5-kilometer is finished.

It is estimated that to date, the total volume of removed muck and silt from 20 meters distance from shore to bay and thickness/depth of two meters is at 18,000 cubic meters.

With cleaner water, Sadain said Manila Bay will soon be fit again for swimming and other contact forms of recreation.

In addition, the DPWH’s Bureau of Equipment, Department of Environment and Natural Resources (DENR), Metropolitan Manila Development Authority and Philippine Coast Guard, have also been continuously conducting water quality monitoring and bathymetric surveying of the desilting sites to monitor the progress.