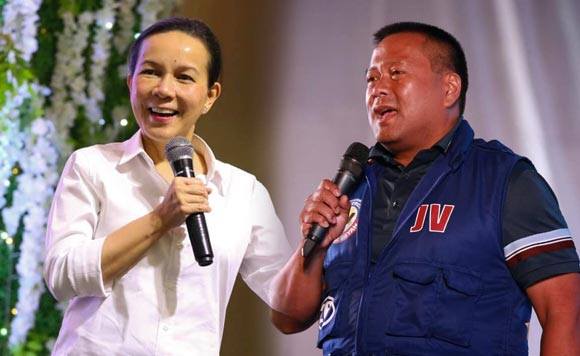 0 803
Share
Want more POLITIKO News? Get the latest newsfeed here. We publish dozens and dozens of politics-only news stories every hour. Click here to get to know more about your politiko - from trivial to crucial. it's our commitment to tell their stories. We follow your favorite POLITIKO like they are rockstars. If you are the politiko, always remember, your side is always our story. Read more. Find out more. Get the latest news here before it spreads on social media. Follow and bookmark this link. https://goo.gl/SvY8Kr

President Rodrigo Duterte’s move to veto the illegal insertions in the P3.7 trillion national budget for 2019 was “a victory” not for the Senate but for fiscal responsibility and public welfare.

“I welcome his decision to sign the budget and more importantly veto unconstitutional realignments,” Ejercito said.

He said Mr. Duterte once again demonstrated his “unflinching dedication to protect the people’s money.”

In particular, Ejercito was glad that money can now be spent for people’s health care including the P7 billion Human Resources for Health (HRH) program of the Department of Health (DoH) which he fought for during budget deliberations.

“I commend our Senate President Vicente Sotto III, Senator Panfilo Lacson and all the members of the Senate for their steadfastness and tenacity in upholding the Constitution,” he said.

Fellow re-electionist Grace Poe also thanked the President for signing the new budget, “more so, for exercising his veto power on provisions that are questionable.”

She said the budget should ensure that “the economy will work for everybody, especially the poor, who most need basic services.”

“Our task does not end here. Equally important is to see to it that the money is spent where it was allocated, and is felt by the people,” Poe said.