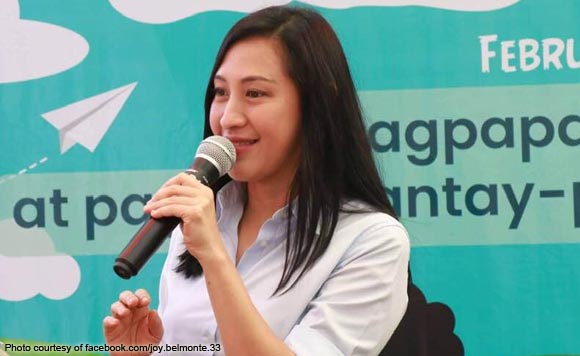 Quezon City vice mayor Joy Belmonte has vowed not to raise taxes or impose new ones should she become the city’s next mayor.

Belmonte said the city government’s revenue will increase if tax collection were improved.

“Tataas naman nang kusa ang pondo ng lungsod basta tama at maayos ang pangongolekta. Magkakaroon tayo ng pagtaas sa revenue. I assure you that there will be no tax increase in my time. Not in my term,” she said.

Belmonte issued the assurance as she clarified that there will be no 500 percent increase in real property taxes due to a suspended fair market value ordinance in the city. She said only the market values of properties of Quezon City owners will be raised.

“The ordinance simply increases the market value of properties in Quezon City. Actually, the local government code mandates the increase in fair market value every three years. But it’s been 21 years when we last had the market value increase and the [Department of Interior and Local Government] has sent us a memo already. That’s why we have to do this,” the vice mayor explained.