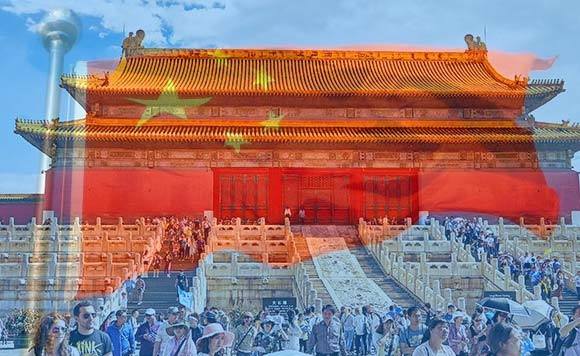 0 1,189
Share
Want more POLITIKO News? Get the latest newsfeed here. We publish dozens and dozens of politics-only news stories every hour. Click here to get to know more about your politiko - from trivial to crucial. it's our commitment to tell their stories. We follow your favorite POLITIKO like they are rockstars. If you are the politiko, always remember, your side is always our story. Read more. Find out more. Get the latest news here before it spreads on social media. Follow and bookmark this link. https://goo.gl/SvY8Kr

Lawmakers belonging to the leftist Makabayan bloc picketed China’s consulate in Makati City on Tuesday, the Day of Valor, to protest China’s continuing aggression in the West Philippine Sea and the one-sided bilateral loan agreements between China and the Philippines.

“Today’s action comes in condemnation to the Chinese government which has long been taking our natural resources for its own interest,” said Kabataan party-list Rep. Sarah Elago.

“This is something that this administration is highly aware of and has tolerated from the beginning despite protests from the people and the degradation of the environment,” she added.

“It seems that Duterte has totally compromised our sovereignty. Not only has he signed unjust and unequal agreements with China, but he has also put the future of the Filipino people at risk of becoming further in debt to the Chinese government,” added Elago.

Anakpawis party-list Rep. Ariel Casilao urged the people to “oppose Chinese imperialism” and assert the “right to self-determination” and “national sovereignty,” particularly on the issues of the West Philippine Sea, loans for the Chico River Pump Irrigation Project and other bilateral agreements.

“It is imperative that Filipinos, as a people, should be united in viewing China as an imperialist power, so as to generate the broadest resistance movement against its impositions in the country’s affairs,” the lawmaker said during the protest of “Atin ang Pinas” in front of the Chinese consulate office in Makati City.

He said that Chinese imperialism is characterized of its export of capital to the Philippine economy, our country as its market for its manufactured goods, and its source for raw materials, its encroachment of our national territories for geo-political interests and plunder of our national patrimony.

It is sealed with its political dictates on the present administration, whose policy towards China ranged from appeasement to friendly, amid its aggressions, Casilao said.

“Just as how Gabriela Silang fiercely fought the Spanish colonizers, modern-day Gabrielas are resisting the Chinese creep into our waters and even into our water service through Kaliwa Dam,” Brosas said.

Brosas said the $211.2 million loan from China for the Kaliwa Dam will be shouldered by Filipino women and the people for 20 years at 2 percent interest rate.