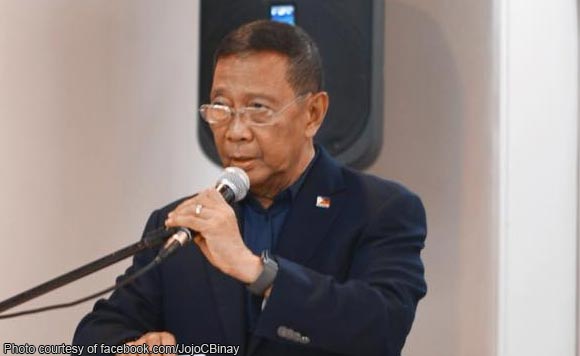 0
6
Want more POLITIKO News? Get the latest newsfeed here. We publish dozens and dozens of politics-only news stories every hour. Click here to get to know more about your politiko - from trivial to crucial. it's our commitment to tell their stories. We follow your favorite POLITIKO like they are rockstars. If you are the politiko, always remember, your side is always our story. Read more. Find out more. Get the latest news here before it spreads on social media. Follow and bookmark this link. https://goo.gl/SvY8Kr

Vice President Jejomar Binay effectively ditched his son, Junjun, in the race for Makati’s next mayor, as he endorsed the re-election bid of his daughter Abby.

Binay told reporters recently that Abby, the incumbent mayor, made the right decision to name her slate “Team Performance.”

The elder Binay, who is running for congressman of Makati’s first district, said he was not surprised about Abby’s work ethic at the city hall, which has earned the local government several awards.