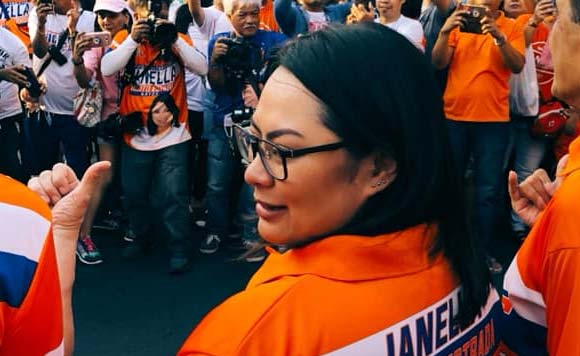 This family is all about supporting each other.

Actor Jake Ejercito had nothing but sincere words to vouch for his niece Janella Estrada’s character, which he wrote as a meaningful endorsement as she runs as San Juan mayor.

The dashing son of ex-President Joseph Estrada put in a good word for Jel, whom he said was a good fit as a public servant.

Ejercito also said that she never had it easy, even if San Juan has long been a family bailiwick.

“With her last name, it may be easy for some to conclude that everything was simply handed down to her on a silver platter. Not many are aware of what an uphill climb it’s been for this legislator to just do her job. Yet, time and again, she has defied all odds and has proven herself to be her own woman,” the actor said.

“On the receiving end of several meaningful public service awards, she’s been guided by only one thing: the purest of hearts. Without a doubt, she is the right one for San Juan. Always behind you 100%, babygirl,” he added.

Isko Moreno is a walking reminder to wear a mask

Toby Tiangco on lockdown woes: Why listen to economist more…