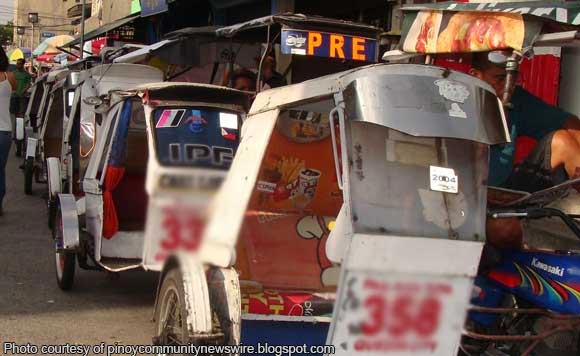 0 3,595
Share
Want more POLITIKO News? Get the latest newsfeed here. We publish dozens and dozens of politics-only news stories every hour. Click here to get to know more about your politiko - from trivial to crucial. it's our commitment to tell their stories. We follow your favorite POLITIKO like they are rockstars. If you are the politiko, always remember, your side is always our story. Read more. Find out more. Get the latest news here before it spreads on social media. Follow and bookmark this link. https://goo.gl/SvY8Kr

Pasig City councilor Vico Sotto is finding out how tough it is to go against the Eusebios as he sought to raise awareness among residents for his mayoralty bid.

In an interview aired on CNN Philippines’ “Politics As Usual” on March 19, Sotto shared the threat that tricycle drivers and operators supposedly received ahead of his scheduled meeting with them.

Sotto, the son of actor Vic Sotto and actress Coney Reyes, said the tricycle drivers and operators were told that their business permits and franchises would not be renewed if they attended the meeting with him and Romulo.

The councilor is challenging incumbent mayor Bobby Eusebio, who is part of the family that has ruled Pasig City for close to three decades.