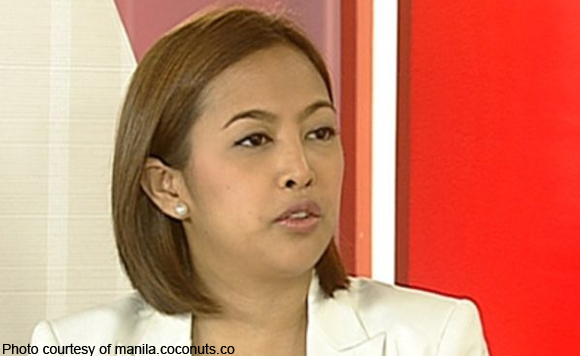 0
19
Want more POLITIKO News? Get the latest newsfeed here. We publish dozens and dozens of politics-only news stories every hour. Click here to get to know more about your politiko - from trivial to crucial. it's our commitment to tell their stories. We follow your favorite POLITIKO like they are rockstars. If you are the politiko, always remember, your side is always our story. Read more. Find out more. Get the latest news here before it spreads on social media. Follow and bookmark this link. https://goo.gl/SvY8Kr

Makati mayor Abby Binay has directed the city police chief to exert all efforts to immediately resolve the shooting involving the aide of her brother, former mayor Junjun Binay.

In a statement Friday, Abby said she has also ordered barangay captains all over Makati to cooperate with the police and turn over surveillance camera footage and other materials that will help in their investigation.

Unidentified men on board a motorcycle shot Monaliza Bernardo, 44, as she was about to enter her home in Olympia Village Thursday night.

She remains in critical condition at the Makati Medical Center after sustaining gunshot wounds on her right hand and abdomen.
Police recovered an empty shell of a .45 pistol at the crime scene. Witnesses said the assailants fled towards South Avenue before turning left on Barasoain Street.

Abby is running for re-election against Junjun, who is seeking a return to the City Hall.

Their father, former Vice President Jejomar Binay, who is running for congressman in Makati’s first district, has offered a P1-million reward for information that will lead to the arrest of Bernardo’s shooters.