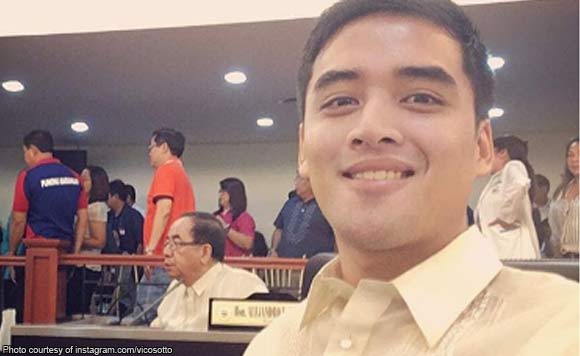 0 671
Share
Want more POLITIKO News? Get the latest newsfeed here. We publish dozens and dozens of politics-only news stories every hour. Click here to get to know more about your politiko - from trivial to crucial. it's our commitment to tell their stories. We follow your favorite POLITIKO like they are rockstars. If you are the politiko, always remember, your side is always our story. Read more. Find out more. Get the latest news here before it spreads on social media. Follow and bookmark this link. https://goo.gl/SvY8Kr

Councilor Vico Sotto knew he is in for a big battle in Pasig City as he goes against the Eusebios for the mayor’s seat.

Things have started to heat up since he filed his certificate of candidacy in October, but there’s a new peak reached.

Sotto revealed that some of his supporters are getting threats to their life and livelihood, like being blacklisted at the city hall, the non-renewal of business permits, and even their family in peril.

Here are just some examples of threats that our supporters have received
(1 was a text to me, the rest are screenshots sent to me)

However, Sotto may have still won the last laugh as the supporters continued to stand by him.

“Slowly, the system of fear they have put in place is turning against them,” he said.

Slowly, the system of fear they have put in place is turning against them. pic.twitter.com/J5NGxuMJ8u