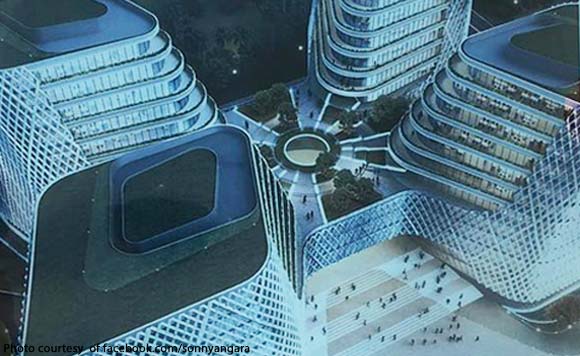 0 626
Share
Want more POLITIKO News? Get the latest newsfeed here. We publish dozens and dozens of politics-only news stories every hour. Click here to get to know more about your politiko - from trivial to crucial. it's our commitment to tell their stories. We follow your favorite POLITIKO like they are rockstars. If you are the politiko, always remember, your side is always our story. Read more. Find out more. Get the latest news here before it spreads on social media. Follow and bookmark this link. https://goo.gl/SvY8Kr

Arroyo-era Cabinet Secretary Bobi Tiglao has slammed senators for pushing through with the construction of a new, multibillion-peso building at the Bonifacio Global City, saying it’s an “insult” to Filipinos.

Citing sources from the construction industry, Tiglao said in his March 20 column for the Manila Times that the new Senate building would cost taxpayers an estimated P15 billion.

“Our senators want an 11-story headquarters. That would be roughly two senators for every floor,” he said, chiding senators for using President Rodrigo Duterte’s push for federalism as the reason for having a massive building.

“They point to President Duterte as the excuse for needing that much space; the building is designed to have space for 65 senators, as the President indicated he wants to increase the number of senators to that number as part of his plans to shift to a federal system,” he said.

The new Senate building, which will rise on an 8.5-hectare property at BGC, is expected to be completed in 2021.

Given the pressing concerns besetting the country, Tiglao said the P15-billion budget for the Senate building could be spent on other priority projects.

He does not buy Senate President Tito Sotto’s statement that the new Senate building will become a home for the country’s true servants.

“Give me a break. The new Senate building will be a monument initially to the egos of the 24 senators who agreed to build it, and then to future senators who would occupy it: The edifice’s grandiosity and expansiveness will be a daily reminder to them that they are powerful politicians, and that the billions of pesos they spent to get an office there was all worth it,” he said.

Tiglao also lambasted Senator Panfilo Lacson for saying the new Senate building, which was designed by an American architectural firm, will be the Philippines’ equivalent of iconic government buildings such as the US Capitol, Germany’s Reichstag, and Great Britain’s Palace of Westminster.

“That idea is so absurd it borders on the hilarious. In the first place, the US Capitol houses 535 representatives and senators; the Reichstag 709 Bundestag members; and Westminster Palace 1,355 members of the House of Lords and the House of Commons. Lacson’s building will be for 24 senators,” he said.