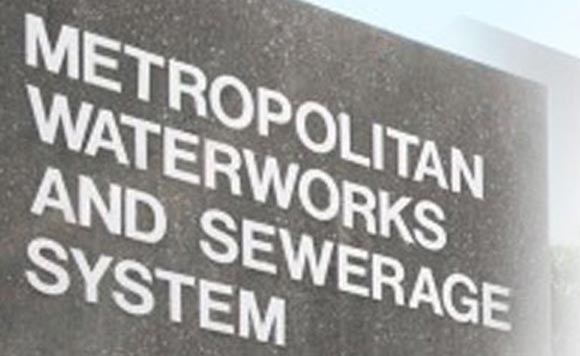 0 1,439
Share
Want more POLITIKO News? Get the latest newsfeed here. We publish dozens and dozens of politics-only news stories every hour. Click here to get to know more about your politiko - from trivial to crucial. it's our commitment to tell their stories. We follow your favorite POLITIKO like they are rockstars. If you are the politiko, always remember, your side is always our story. Read more. Find out more. Get the latest news here before it spreads on social media. Follow and bookmark this link. https://goo.gl/SvY8Kr

Manila Water Company and Maynilad Water Services should not fund the operational expenses of the Metropolitan Waterworks and Sewerage System (MWSS) to maintain independence in the quality of water service.

House Minority Leader and Quezon Rep. Danilo Suarez said during a hearing that MWSS should get its regular funding from the national budget or the annual General Appropriations Act (GAA).

“Now we had been suggesting that the budget of MWSS should come from the GAA and not from the concessionaires. They perform their jobs as a regular office of the government,” Suarez said.

On the other hand, Manila Water president and chief executive officer Ferdinand dela Cruz said the concession fees recently reached P522 million each due to inflation.

MWSS Deputy Administrator Moro Lazo said the concession fees become part of the general fund for the salaries of its employees and officials.

“So the regulator is being paid by the regulatees. We’re not saying there is bias in this kind of arrangement, but we have to erase speculations that maybe MWSS is soft on their stance because the ones that they regulate are the ones paying for their salaries,” Suarez said.

Suarez said he supported the resumption of the Sumag River diversion project as a long-term solution to provide water to Metro Manila.

The Sumag River project was suspended in 2016 after a tunnel construction site collapsed, killing six workers.

Suarez said the suspension has already been lifted and the project, which is almost 80 percent complete, can now resume.

He said he has received assurance that the project can be finished by the end of the year.

To prevent a repeat of the 2016 accident, Suarez said he will ask the Department of Public Works and Highways to rigidly monitor the construction.

“Once completed, Sumag will increase the handling capacity of Angat and will give all the water service providers up to 20 years supply of water. At the same time it will harness more water for Bulacan farmers,” he said in a press briefing after the hearing.

“My point is if we don’t continue Sumag, we will really have a water shortage,” he added. (PNA)