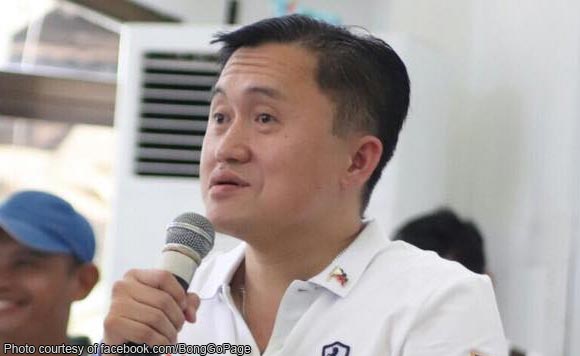 “Why don’t they file if that’s what they believe in,” spokesperson Salvador Panelo told reporters.

NAMFEL and Kontra Daya earlier urged the Commission on Elections, the premier guardian of the ballot, to investigate the reported cash donations made by Go during the campaign period.

Panelo, also the chief presidential legal counsel, maintained that providing assistance to fire victims, both in kind and cash, is not an election offense.

“I look at the provisions, baka mahirapan eh kasi what it says there is that will induce the voter to be influenced by what you gave,” according to him.

“Eh mukhang iba ang situation dito kay Bong Go sapagkat these are donations and they are fire victims. Pangalawa, I read also na it was not even him who gave the so-called cash donations. Mahirapan sila dun,” he added.

Under the Omnibus Election Code, vote-buying is considered an election offense.

It refers to “any person who gives, offers or promises money or anything of value, gives or promises any office or employment, franchise or grant, public or private, or makes or offers to make an expenditure, directly or indirectly, or cause an expenditure to be made to any person, association, corporation, entity, or community in order to induce anyone or the public in general to vote for or against any candidate or withhold his vote in the election, or to vote for or against any aspirant for the nomination or choice of a candidate in a convention or similar selection process of a political party.”