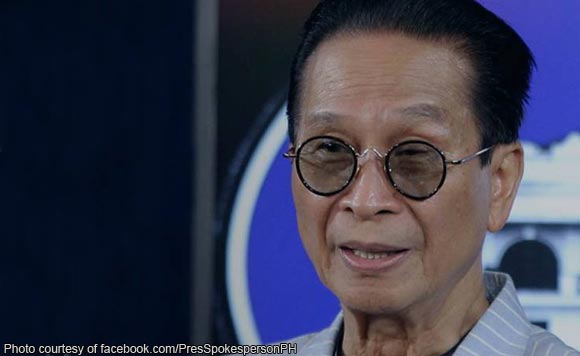 0 179
Share
Want more POLITIKO News? Get the latest newsfeed here. We publish dozens and dozens of politics-only news stories every hour. Click here to get to know more about your politiko - from trivial to crucial. it's our commitment to tell their stories. We follow your favorite POLITIKO like they are rockstars. If you are the politiko, always remember, your side is always our story. Read more. Find out more. Get the latest news here before it spreads on social media. Follow and bookmark this link. https://goo.gl/SvY8Kr

Malacanang prefers to wait until the Department of Interior and Local Government (DILG) files criminal charges against politicians allegedly linked to the illegal drug trade.

Only graft and administrative and charges were filed against the 46 alleged narco-politicians President Rodrigo Duterte publicly named last week.

“Aantayin natin. Siguro, they are still preparing the testimonial and documentary evidence,” presidential spokesperson Salvador Panelo said in a media briefing on Tuesday.

Asked if they will urge the DILG to immediately file criminal charges against the officials, Panelo said: “They don’t have to be urged. That’s their duty. In fact, they said so that they are preparing as soon as they are ready.”