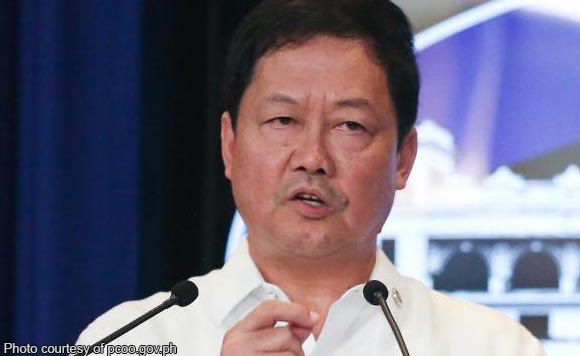 0 641
Share
Want more POLITIKO News? Get the latest newsfeed here. We publish dozens and dozens of politics-only news stories every hour. Click here to get to know more about your politiko - from trivial to crucial. it's our commitment to tell their stories. We follow your favorite POLITIKO like they are rockstars. If you are the politiko, always remember, your side is always our story. Read more. Find out more. Get the latest news here before it spreads on social media. Follow and bookmark this link. https://goo.gl/SvY8Kr

Justice Secretary Menardo Guevarra on Tuesday (March 19) told a delegation of foreign lawyers to show proof that the administration of President Rodrigo Duterte should be blamed in the continued killings of lawyers and prosecutors.

Recently, the delegation who visited the country made public its findings and advised the government, among others, to “refrain from publicly attacking lawyers and instead publicly condemn all attacks against lawyers, prosecutors and judges at all levels in strong terms.”

“With all due respect, I find their conclusion that lawyers’ deaths are state-sanctioned preposterous, unless they can back it up with some credible evidence,” Guevarra said.

“Of all people, they as lawyers, should be the first to show proof of facts before making reckless public statements,” he pointed out.

Though he commiserate with the families of the victims who include government prosecutors, Guevarra stressed he is “not ready to impute the blame on the government unless I have clear evidence to support such a serious accusation.”

“There are so many reasons why lawyers get killed – work-related, personal, business, political, etc. and pinning the blame on government may be pushing it too far,” he noted.

The delegation is composed of lawyers from Belgium, Italy, Japan, Korea, the Netherlands and the United States.

Invited by the Integrated Bar of the Philippines (IBP) and the National Union of People’s Lawyers (NUPL), it include members from the International Association of Democratic Lawyers, Union of International Advocates and Day of Endangered Lawyers Foundation.