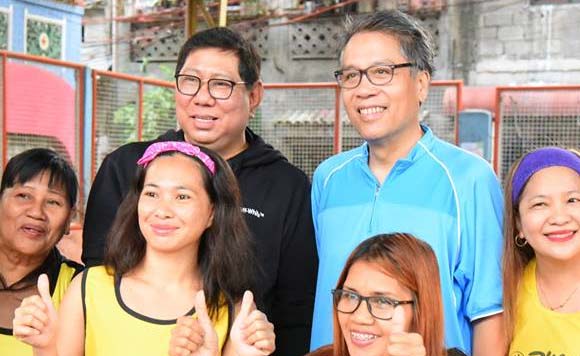 0 2,471
Share
Want more POLITIKO News? Get the latest newsfeed here. We publish dozens and dozens of politics-only news stories every hour. Click here to get to know more about your politiko - from trivial to crucial. it's our commitment to tell their stories. We follow your favorite POLITIKO like they are rockstars. If you are the politiko, always remember, your side is always our story. Read more. Find out more. Get the latest news here before it spreads on social media. Follow and bookmark this link. https://goo.gl/SvY8Kr

Caloocan City Rep. Egay Erice has come to the defense of former senator Mar Roxas after President Rodrigo Duterte said he was better off being a traffic aide.

In a statement Sunday, Erice said Roxas, a senatorial candidate of the opposition “Otso Diretso” slate, is willing to do anything to serve the people.

“Mar Roxas will do anything to serve our country and people. Just like when he persevered in bringing to the country the call center industry which employs over a million Filipinos today,” he said.

“Mar Roxas will direct traffic when no one will do so to put order in a given situation, he went to the farthest most dangerous places in our country because it was needed,” the lawmaker added.

Duterte poked fun at Roxas in a speech last week, saying he should become a traffic aide as what he portrayed himself to be in commercials aired during the 2016 elections’ campaign season.