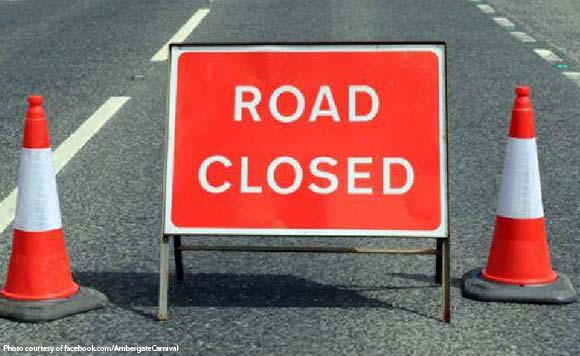 Motorists are advised to take alternate routes due to scheduled repair and maintenance works along portions of Epifanio de los Santos Avenue (EDSA) and Circumferential Road 5 (C-5) this weekend.

According to Department of Public Works and Highways–National Capital Region (DPWH-NCR) Director Ador G. Canlas, the road works covering the cities of Quezon, Taguig and Makati will start at 11 p.m. Friday. The road rehabilitation will cover portions at the southbound direction of EDSA, from Ermin Garcia to New York, 2nd lane from the sidewalk in Quezon City and at northbound direction near Magallanes MRT to KM 29, outer lane, Makati City.

In C-5, repair works will be implemented at the southbound directions, after Lanuza Avenue before reaching the Bagong Ilog Flyover and fronting SM Aura, Taguig City.

Also, road works will be undertaken at the northbound direction of Fairview Avenue, from Atherton to Regalado Avenue, 2nd lane from the center island in Quezon City.

The affected roads are expected to be opened to motorists on Monday, March 11 at 5 a.m. (PNA)