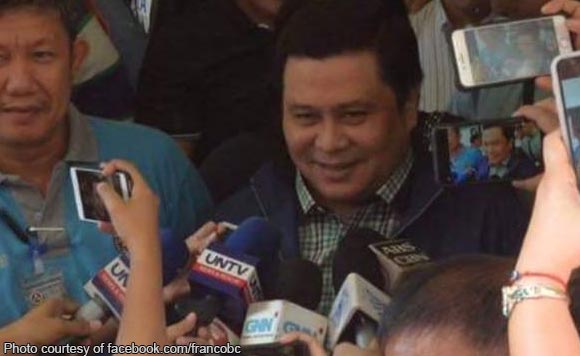 0 3,336
Share
Want more POLITIKO News? Get the latest newsfeed here. We publish dozens and dozens of politics-only news stories every hour. Click here to get to know more about your politiko - from trivial to crucial. it's our commitment to tell their stories. We follow your favorite POLITIKO like they are rockstars. If you are the politiko, always remember, your side is always our story. Read more. Find out more. Get the latest news here before it spreads on social media. Follow and bookmark this link. https://goo.gl/SvY8Kr

The Sandiganbayan 5th Division has been asked not to grant the motion of former Senator Jinggoy Estrada which sought him leave to file a demurrer to evidence in his plunder case concerning his alleged involvement in the Priority Development Assistance Fund (PDAF) scam.

“His endorsement letters designating the NGOs not only ‘facilitated’ the release of his PDAF but they likewise expedited the payments of his kickbacks or commissions,” read the opposition filed by the Office of the Ombudsman.

Estrada is facing plunder as well as 11 counts of graft before the Sandiganbayan in connection with the pork barrel scam.

Under the charges, Estrada is accused of having received from 2004 to 2012 kickbacks amounting to P183.793 million from convicted plunderer Janet Lim Napoles by coursing his Priority Development Assistance Fund (PDAF) through bogus non-government organizations.

In his motion seeking leave to file demurrer to evidence, Estrada pointed out the prosecution failed to prove his guilt during the trial.

“With the prosecution having completed the presentation of its evidence-in-chief, it is evidently clear that the prosecution has not proved its case against Sen. Estrada and has not substantiated the accusation of plunder against him,” he stated.

If approved, Estrada can file a demurrer to challenge the evidence against him as being weak and ask for the outright dismissal of the case.

Otherwise, the former lawmaker will be compelled to present his defense during the trial.

Should the anti-graft court does not grant him leave, Estrada can still file a demurrer but at the risk he waives his right to present his defense.