Man mauled, arrested for attempted kidnapping of kids in QC 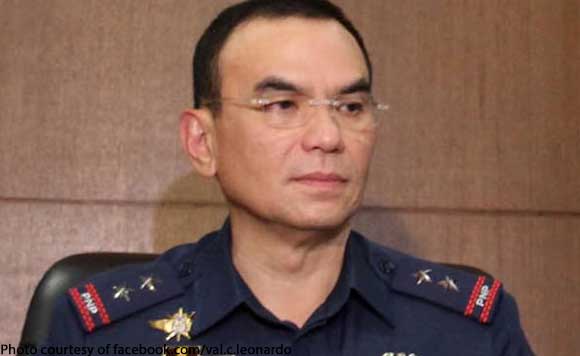 0 629
Share
Want more POLITIKO News? Get the latest newsfeed here. We publish dozens and dozens of politics-only news stories every hour. Click here to get to know more about your politiko - from trivial to crucial. it's our commitment to tell their stories. We follow your favorite POLITIKO like they are rockstars. If you are the politiko, always remember, your side is always our story. Read more. Find out more. Get the latest news here before it spreads on social media. Follow and bookmark this link. https://goo.gl/SvY8Kr

A man was arrested for allegedly trying to kidnap minors in Quezon City.

The suspect was arrested by operatives of the NCRPO Regional Special Operations Unit on Monday after they received a report from officials of Barangay Commonwealth that residents mauled a man who allegedly tried to abduct minors in the area.

He said Rafael was identified by the residents through a viral photo of the man who attempted to snatch several minors.

Eleazar said based on the report, the modus of Rafael and his two other alleged cohorts serenade families in their homes to scout their would-be targets.

During his arrest, Rafael was holding a guitar similar to the one the suspect was holding in the viral photo.

The parents of the minors said the suspects also tried to bribe their children with candies and coins so they will come with them.

Rafael was presented to the parents of the victims and minors who cried upon seeing him.

“For those who have seen him or anyone who have knowledge on incidents in which he was involved or any other information, please report it to the nearest police stations or at the NCRPO-RSOU,” Eleazar said.

The suspect is facing cases for violation of Article 267 paragraph 4 of the Revised Penal Code (Kidnapping) and Violation of Section 10, Article VI of RA 7610 (Other Acts of Neglect, Abuse, Cruelty or Exploitation and other Conditions Prejudicial to the Child’s Development).

The accused and the complainants were brought to RSOU office for documentation and proper disposition.

Eleazar said there are no reported missing children in the National Capital Region at present.

“We would like to clarify that this is an isolated case where only one person is involved. There is nothing to worry about or fear of. We will file the necessary charges against this man immediately, and we will make sure he goes to jail,” he said.

Eleazar, however, urged the parents to take extra care of their children. (PNA)