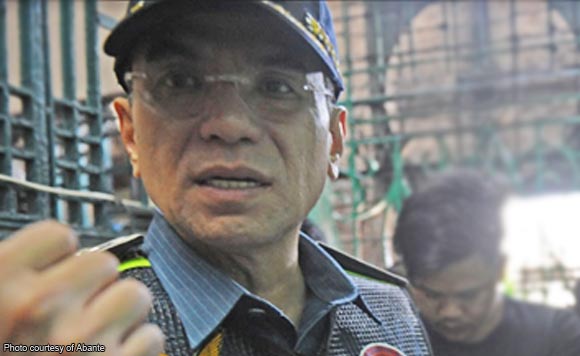 0 356
Share
Want more POLITIKO News? Get the latest newsfeed here. We publish dozens and dozens of politics-only news stories every hour. Click here to get to know more about your politiko - from trivial to crucial. it's our commitment to tell their stories. We follow your favorite POLITIKO like they are rockstars. If you are the politiko, always remember, your side is always our story. Read more. Find out more. Get the latest news here before it spreads on social media. Follow and bookmark this link. https://goo.gl/SvY8Kr

“The relief of their commanders is immediate, while internal investigation is in progress,” Eleazar said in a statement.

“It is hard for me to believe that the immediate commanders of such rogue policemen are totally unaware of their men’s behavior. I expect the commanders to know their men thoroughly. At the least, the commanders must also observe and note the lifestyles and behavior of their men,” he added.

Vesta and Roldan were reportedly with a suspected big-time drug pusher identified as Raymond Ryan Cruz when the PDEA agents conducted a drug buy-bust operation.

Both policemen sustained gunshot wounds in a brief gunfight between the PDEA agents and the drug suspects.

The PDEA will take custody of Vesta and Roldan after their release from the hospitals.

Eleazar, meanwhile, lauded the police operatives for the arrest of ‘rogue’ policemen who face dismissal from service as well as other administrative and criminal charges.

“The NCRPO will be relentless in the implementation of the program. It is right that these rogue cops involved in illegal drugs are caught by any law enforcement agency. Criminal and administrative charges will be filed against them immediately, and they should be dismissed from the service,” Eleazar said.