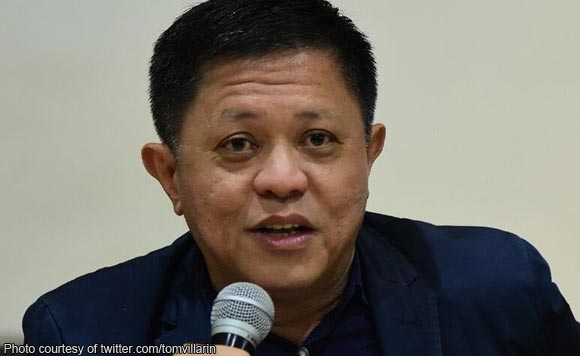 0 1,151
Share
Want more POLITIKO News? Get the latest newsfeed here. We publish dozens and dozens of politics-only news stories every hour. Click here to get to know more about your politiko - from trivial to crucial. it's our commitment to tell their stories. We follow your favorite POLITIKO like they are rockstars. If you are the politiko, always remember, your side is always our story. Read more. Find out more. Get the latest news here before it spreads on social media. Follow and bookmark this link. https://goo.gl/SvY8Kr

“It’s high time that we demand for his resignation,” the Magnificent 7 lawmaker said in a statement.

Villarin said Cardema’s statement “betrays the qualifications of a public official who wants government to adopt and enforce his ideas no matter how idiotic they are.”

“Free tertiary education is now a matter of right under RA 10931 given to all students, not just a select few regardless of political views,” he said.

Villarin said Cardena’s proposal of taking away scholarships of anti-government student protesters “exposes his lack of qualifications and is a betrayal of the public’s trust to whom he owe his position, not President Duterte.”

Cardema earlier called on President Rodrigo Duterte to issue an executive order “removing the government scholarships of all anti-government scholars, specifically those students who are allied with the leftist CPP-NPA-NDF.”

In a statement, Cardema said such actions of student demonstrators are tantamount “fighting the majority of the Filipino People and also not fulfilling their roles as the expected breadwinners who will uplift their families and hope in strengthening the country.”