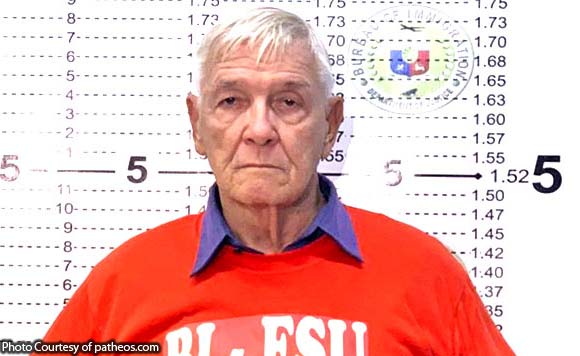 0 408
Share
Want more POLITIKO News? Get the latest newsfeed here. We publish dozens and dozens of politics-only news stories every hour. Click here to get to know more about your politiko - from trivial to crucial. it's our commitment to tell their stories. We follow your favorite POLITIKO like they are rockstars. If you are the politiko, always remember, your side is always our story. Read more. Find out more. Get the latest news here before it spreads on social media. Follow and bookmark this link. https://goo.gl/SvY8Kr

NCRPO chief, Police Dir. Guillermo Eleazar, personally served the five arrest warrants against Hendricks around 11 a.m. Tuesday at the Bureau of Immigration Detention Cell in Camp Bagong Diwa, Bicutan, Taguig City, where the priest has been detained since his arrest last Dec. 5, 2018.

Eleazar said warrants were issued by Judge Constantino Esber of the Biliran Regional Trial Court over charges of acts of lasciviousness and child abuse.

He said the implementation of the warrants of arrest was a joint effort of the Regional Special Operations Unit -NCRPO, the BI Fugitive Search Unit and the US Department of Homeland Security.

“Available information reveals that the Franciscan priest has molested more than 50 people, mostly altar boys as young as seven years old. The new victims were encouraged to openly accuse the priest after learning that he was arrested. They were afraid to come out in the open immediately because of grave threats from the priest,” Eleazar said.

“This arrest is another testament to the truism that the long arm of the law will always catch up with criminals. It may have taken some time for Hendricks to be indicted and arrested, but at the end of then day, he is where he should be – in jail,” he added.

Hendricks was arrested on December 5 by virtue of an arrest warrant issued by Stephanie Bowman, US magistrate judge of the US District Court for the District of Ohio, on November 11, on charges of “engaging in illicit sex with a minor in a foreign country, punishable by fines and/or up to 30 years in prison”.

Hendricks arrived in the Philippines from Cincinnati, Ohio, USA in 1968 and was ordained as a priest in the Franciscan Order and practiced his vocation at the St. Isidore the Worker Chapel in Talustosan Village in Biliran province. (PNA)