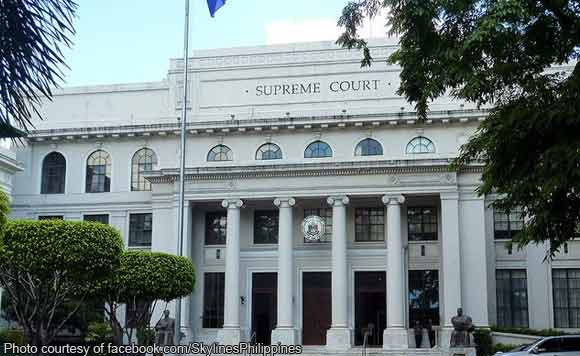 0 516
Share
Want more POLITIKO News? Get the latest newsfeed here. We publish dozens and dozens of politics-only news stories every hour. Click here to get to know more about your politiko - from trivial to crucial. it's our commitment to tell their stories. We follow your favorite POLITIKO like they are rockstars. If you are the politiko, always remember, your side is always our story. Read more. Find out more. Get the latest news here before it spreads on social media. Follow and bookmark this link. https://goo.gl/SvY8Kr

The Supreme Court (SC) has ordered the government to finally pay the Kabukiran Garden which did the beautification projects in Metro Manila for the 112th Inter-Parliamentary Union (IPU) summit held in 2005.

In its decision, the the high court directed the Commission on Audit (COA) “to determine and ascertain with dispatch, on a quantum meruit (as much as deserved) basis” the total compensation due and allow payment to Mario Geronimo, owner of Kabukiran Garden.

Geronimo was commissioned by the Department of Public Works and Highways (DPWH) for several landscaping projects in the areas of Ayala Boulevard, Padre Burgos Street, Roxas Boulevard, Osmeña Highway, and other median strips or center islands of main thoroughfares within Metro Manila for the IPU Summit.

When DPWH failed to eventually pay him despite several demands, he filed his claim before the COA.

“The Court found that the liability of DPWH was sufficiently established based on the factual findings of the COA,” the SC stated.

“It noted the COA’s observation that the letters from the DPWH officials, as well as its allegations in its pleadings, tend to establish that Geronimo is entitled to his claim,” it cited.

The SC added the DPWH also “neither appealed nor sought the reconsideration of the COA’s factual findings.”