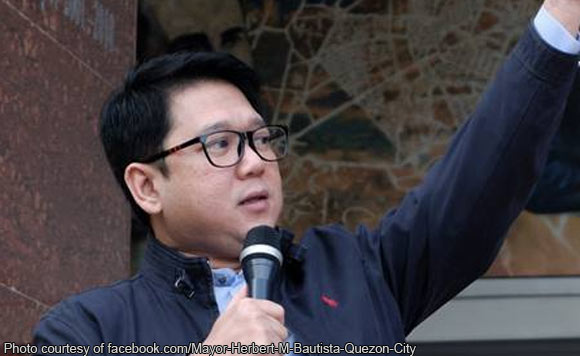 0 354
Share
Want more POLITIKO News? Get the latest newsfeed here. We publish dozens and dozens of politics-only news stories every hour. Click here to get to know more about your politiko - from trivial to crucial. it's our commitment to tell their stories. We follow your favorite POLITIKO like they are rockstars. If you are the politiko, always remember, your side is always our story. Read more. Find out more. Get the latest news here before it spreads on social media. Follow and bookmark this link. https://goo.gl/SvY8Kr

Environmental groups and residents of Quezon City are questioning Mayor Herbert Bautista’s deal with a group controlled by businessman Manny V. Pangilinan for turning garbage into an energy source.

In particular, critics accuse Bautista of trying to rush the city council’s approval of the public-private partnership deal with the Metro Pacific Investors Corp. (MPIC) before the ban on awarding projects takes effect ahead of the May 3 polls.

But more than the supposed haste in the deal’s approval, critics say the proposal of the Pangilinan-led group for turning trash into an energy source will worsen pollution. It will also bind the city government in a 35-year contract with MPIC.

Under the agreement, the MPIC, along with Covanta Energy, LLC and Macquarie Capital, was granted the Original Proponent Status for the design, financing, construction, operation and maintenance of Quezon City’s Integrated Solid Waste Management Facility (ISWMF).

The facility, which will be the first of its kind in the Philippines, can process up to 3,000 metric tons of solid waste per day and generate up to 36 megawatts energy.