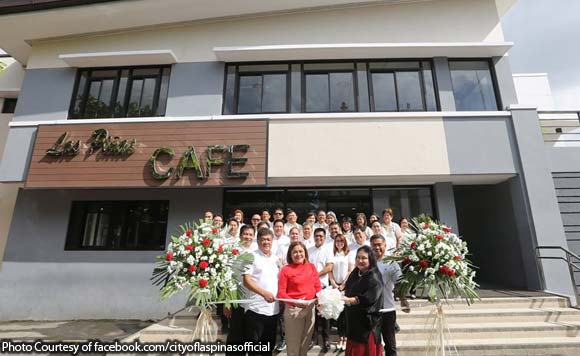 0 1,164
Share
Want more POLITIKO News? Get the latest newsfeed here. We publish dozens and dozens of politics-only news stories every hour. Click here to get to know more about your politiko - from trivial to crucial. it's our commitment to tell their stories. We follow your favorite POLITIKO like they are rockstars. If you are the politiko, always remember, your side is always our story. Read more. Find out more. Get the latest news here before it spreads on social media. Follow and bookmark this link. https://goo.gl/SvY8Kr

Mayor Mel Aguilar last week led the opening of the two-storey commercial establishment, which features a canteen and a function room.

The café’s construction was part of Aguilar’s infrastructure development program, according to a post on the Las Piñas city government’s official Facebook page.

With the opening of the Las Piñas Café, city hall employees no longer need to travel far to get their caffeine fix or cool their heels.