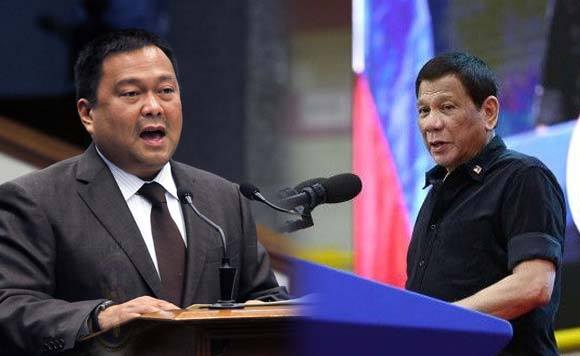 This was the reaction of reelectionist senator JV Ejercito when asked to comment about President Duterte’s endorsement of former senator Jinggoy Estrada for Senator.

JV told POLITIKO that he was “surprised and puzzled” that Duterte lobbied for Jinggoy’s senatorial bid in May’s midterm elections.

“I dont agree with (two) brothers running at the same time for the Senate. (It is) [a]gainst my principles,” the senator from San Juan said.

JV and Jinggoy are both sons of former President and now Manila Mayor Joseph “Erap” Estrada.

In his February 8 speech in Legazpi City, Duterte raised the hand of Jinggoy, who is facing plunder and graft charges in connection to the pork barrel scam, before barangay officials who attended the peace and order summit.

Last month, the President also called JV “my candidate” during the groundbreaking of the new site of San Lorenzo Ruiz General Hospital in Malabon City.