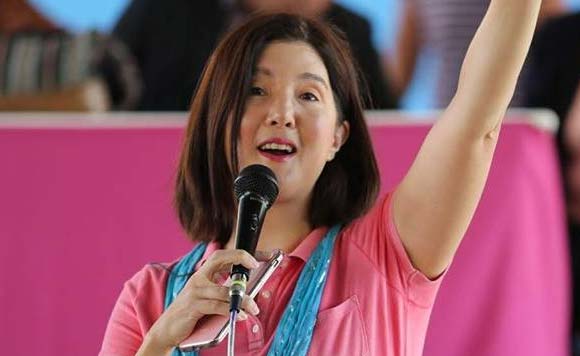 0 653
Share
Want more POLITIKO News? Get the latest newsfeed here. We publish dozens and dozens of politics-only news stories every hour. Click here to get to know more about your politiko - from trivial to crucial. it's our commitment to tell their stories. We follow your favorite POLITIKO like they are rockstars. If you are the politiko, always remember, your side is always our story. Read more. Find out more. Get the latest news here before it spreads on social media. Follow and bookmark this link. https://goo.gl/SvY8Kr

Taguig City Rep. Pia Cayetano has appealed to barangay chiefs to help convince parents to vaccinate their children so they would be protected from preventable diseases, including measles.

Cayetano told barangay leaders in Cabanatuan City Thursday that they have to do their share in promoting proper immunization of infants and children since the community’s health is also at stake.

The Department of Health has already declared an outbreak of measles in the National Capital Region (NCR), Central Luzon, and Central and Eastern Visayas. In NCR, cases rose by 550 percent from January 1 to February 6 this year compared to the same period last year. At least 55 deaths were recorded at the San Lazaro Hospital in Manila, most of them children aged 3 months to 4 years old.

The rise in measles cases has been attributed in part to parents’ fear of vaccinating their children due to the controversy caused by the Dengvaxia vaccine.