From curfew to shirtless to drunkard offenders: 700k violators arrested in 7 months in Metro 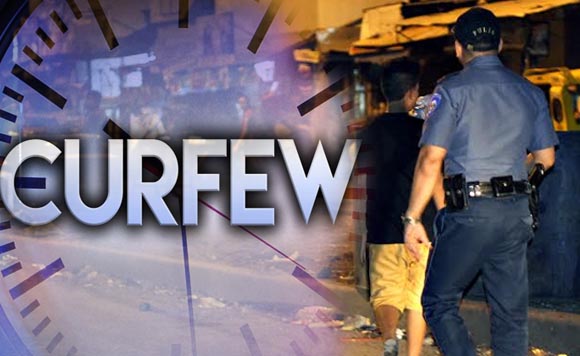 0 529
Share
Want more POLITIKO News? Get the latest newsfeed here. We publish dozens and dozens of politics-only news stories every hour. Click here to get to know more about your politiko - from trivial to crucial. it's our commitment to tell their stories. We follow your favorite POLITIKO like they are rockstars. If you are the politiko, always remember, your side is always our story. Read more. Find out more. Get the latest news here before it spreads on social media. Follow and bookmark this link. https://goo.gl/SvY8Kr

Over 700,000 individuals have been arrested since June last year in Metro Manila for violating various ordinances, according to a National Capital Region Police Office (NCRPO) report released on Sunday.

Based on records given to the media by NCRPO chief, Director Guillermo Eleazar, a total of 709,515 violators were nabbed from June 13 last year to February 3 this year with smoking ban offenders topping the list.

Minors violating curfew hours had the next biggest number, although with a much lower figure of 43,391, or 6.12 percent of all those arrested all over Metro Manila in the said period.

The NCRPO has also apprehended 39,556 individuals, or 5.58 percent of the total arrests, for going in public places ‘half-naked’.

Those drinking in public places came next, with 33,551 rounded up, accounting for 4.73 percent of the total number of violators across the board.

The rest, 418,577 people, or 58.99 percent of the total arrests were violators of other city and municipal ordinances in the NCR.

The Quezon City Police District (QCPD) still had the biggest number of arrests — 421,179 violators — 59.36 percent or more than half of all those arrested in Metro Manila.

Eleazar said most of the violators were immediately released after paying a fine or due to humanitarian considerations.

Out of the apprehended individuals, 142,471 violators have been fined while 103,707 have been charged.

The implementation of city and municipal ordinances is part of the NCRPO’s peace and order strategy. (PNA)