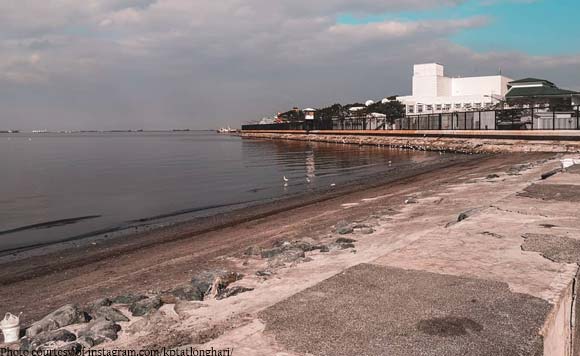 0 984
Share
Want more POLITIKO News? Get the latest newsfeed here. We publish dozens and dozens of politics-only news stories every hour. Click here to get to know more about your politiko - from trivial to crucial. it's our commitment to tell their stories. We follow your favorite POLITIKO like they are rockstars. If you are the politiko, always remember, your side is always our story. Read more. Find out more. Get the latest news here before it spreads on social media. Follow and bookmark this link. https://goo.gl/SvY8Kr

Manila Bay’s shoreline between the Manila Yacht Club and the US Embassy would be temporarily closed to the public for rehabilitation and cleanup.

“We’ll close that stretch hopefully in about one to two weeks,” Department of Environment and Natural Resources (DENR) Secretary Roy Cimatu said Tuesday on the sidelines of the Wood Summit in Mandaluyong City.

Cimatu said the promenade would remain open so that the public can do leisurely activities, such as strolling, jogging, and watching Manila Bay’s famous sunset.

Signs, markers and other means of delineating the target area would be installed so the public can be guided accordingly, he added.

Last Sunday, Cimatu led the start of Manila Bay’s rehabilitation, which aims to improve the quality of its water.

Cimatu said the rehabilitation of the shoreline from the US Embassy to the Manila Yacht Club is a priority to prevent untreated effluent flowing out of three existing sewage outfalls from directly discharging into Manila Bay.

He said two of those outfalls would be connected to the third outfall which, in turn, would be linked to a treatment facility.

The effluent would be treated in the facility before flowing into
Manila Bay. “It’s our first target,” he said.