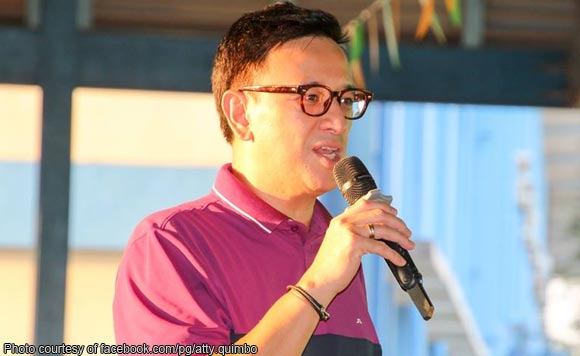 0 685
Share
Want more POLITIKO News? Get the latest newsfeed here. We publish dozens and dozens of politics-only news stories every hour. Click here to get to know more about your politiko - from trivial to crucial. it's our commitment to tell their stories. We follow your favorite POLITIKO like they are rockstars. If you are the politiko, always remember, your side is always our story. Read more. Find out more. Get the latest news here before it spreads on social media. Follow and bookmark this link. https://goo.gl/SvY8Kr

Since he was out of the country, Marikina Rep. Miro Quimbo couldn’t cast his vote against the bill lowering the minimum age of criminal responsibility from 15 years old to 12 on Monday.

But that didn’t stop the Liberal Party congressman from urging his colleagues to vote “no” to the measure.

Still, his appeal fell on deaf ears, as the House passed House Bill No. 8858 on third reading on Monday afternoon.

“I strongly oppose this measure,” Quimbo said in a statement before the voting.

“I am unfortunately currently out of the country attending my wife’s academic graduation and will be unable to participate in today’s vote,” he said.

“This should not, however, prevent me from urging my colleagues to vote ‘NO’ to House Bill No. 8858. As a believer in scientific consensus, a witness to the poor implementation of the Juvenile Justice Welfare Act, and as a father of four children, let us examine more carefully and meticulously the roots of juvenile delinquency. HB No 8858 is not the solution,” he said.

Quimbo said crime, when committed by a child, “reflects not any evil or failure on the part of the child, but rather reflects the evil in his environment and the failure of parents, the State, and society as a whole.”

“Lowering the minimum age of criminal responsibility fails to directly address this reality,” he said.

“The real answer to curb juvenile crime is to properly fund and implement the current law as well as address underlying factors such as poverty and education, and not the anti-child measure contained in the said House Bill,” Quimbo said.

Pasig teams up with UNDP and Chinese Embassy for medical…