Jel Estrada ran into the Zamoras campaign in San Juan. Here’s what happened 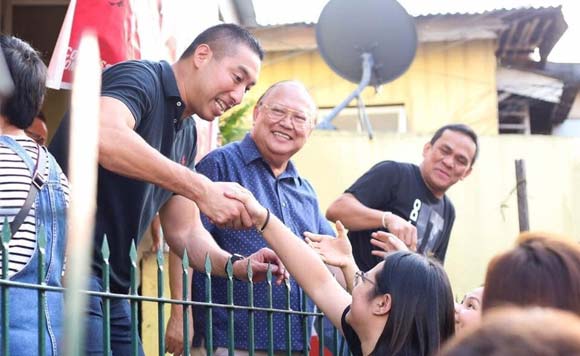 The young politiko paid respect to the veteran.

The tandem of Congressman Ronnie Zamora and his son ex-Vice Mayor Francis Zamora went around San Juan to catch up with residents for the day.

It was all going well until their rival Vice Mayor Janella Estrada was apparently in the area too.

But what could have been a very awkward encounter became an amusing one — at least, that’s according to her mom Precy Ejercito.

Ejercito captured young Jel taking the older Zamora’s hand for a mano, while she shook the hand of Francis, her fellow mayoral bet.

What an inspiring sight!