Cayetano vs. Binay: Showdown for speakership in 18th Congress looms 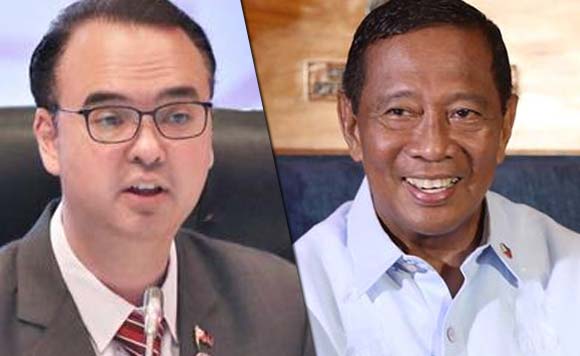 0 953
Share
Want more POLITIKO News? Get the latest newsfeed here. We publish dozens and dozens of politics-only news stories every hour. Click here to get to know more about your politiko - from trivial to crucial. it's our commitment to tell their stories. We follow your favorite POLITIKO like they are rockstars. If you are the politiko, always remember, your side is always our story. Read more. Find out more. Get the latest news here before it spreads on social media. Follow and bookmark this link. https://goo.gl/SvY8Kr

A showdown could happen at the start of the 18th Congress in July as two senior politikos returning to the legislative branch are reportedly eyeing the speakership.

A known contender for the top post in the House is former Foreign Affairs Secretary Alan Peter Cayetano, who’s running for representative of Taguig’s 1st district.

Binay may be inspired to make a run for the speakership because former President Gloria Macapagal Arroyo succeeded in becoming House Speaker herself, Burgos added.

The fight on who would be the next House Speaker will certainly be interesting in case Binay challenges Cayetano as the former Vice President counts several politikos in the House as friends.