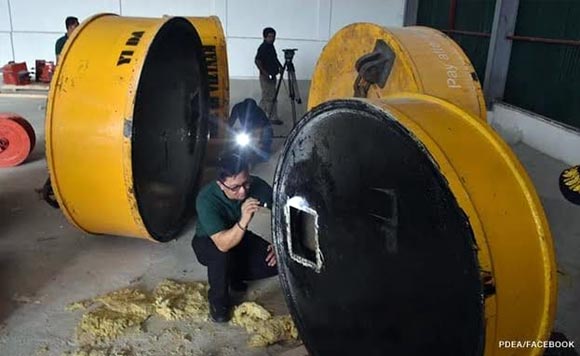 0 412
25
Want more POLITIKO News? Get the latest newsfeed here. We publish dozens and dozens of politics-only news stories every hour. Click here to get to know more about your politiko - from trivial to crucial. it's our commitment to tell their stories. We follow your favorite POLITIKO like they are rockstars. If you are the politiko, always remember, your side is always our story. Read more. Find out more. Get the latest news here before it spreads on social media. Follow and bookmark this link. https://goo.gl/SvY8Kr

Former Philippine Drug Enforcement Agency (PDEA) deputy director Ismael Fajardo Jr., dismissed police Senior Superintendent Eduardo Acierto and former customs intelligence officer Jimmy Guban are set to file to file this January 30 their respective counter-affidavits over the case concerning the billions of pesos worth of shabu which were sneaked into the country through magnetic lifters.

A Department of Justice (DOJ) panel of prosecutors set the date as it begun conducting the preliminary investigation of the complaints filed by the PDEA against the three as well as their co-respondents.

The PDEA complaints stemmed from the magnetic lifters which were discovered in 2018 to have contained billions of pesos worth of shabu.

While, four magnetic lifters slipped past the Port of Manila and were later found at a warehouse in General Mariano Alvarez (GMA), Cavite already empty of its contents of shabu.

In its complaint, the PDEA accused the three of importation of dangerous drugs, attempt of conspiracy, and for violating regulations issued by the Dangerous Drugs Board (DDB).

They are also accused graft and obstruction of justice.