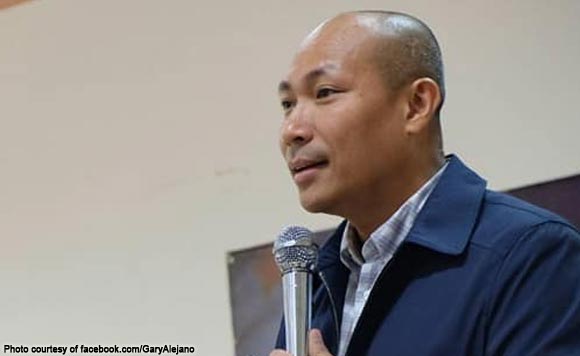 Magdalo party-List Rep. Gary Alejano on Friday objected to the recruitment of soldiers in the Bureau of Customs after Customs chief Rey Leonardo Guerero announced that some 150 “standby” soldiers would be prepared to do customs-related work.

“This is a violation of the Constitution. Doing customs-related work is not the job of a soldier. That is not the mandate of the AFP,” Alejano said in a statement.

Article XVI of the 1987 Constitution bars active members of the armed forces to be appointed or designated to a civilian position in the government.

“I understand that we believe on the competence and discipline of the soldiers but we should not take them away from their constitutionally-mandated function which is territorial defense. Our military has limited forces. It is being overstretched by additional burden that are beyond their official functions and the training that they received,” the former Marine officer added.

Alejano also said that instead of using the military as “show of force” in cleaning up the BOC, the agency should focus on addressing the root causes of the problems it has been facing for decades now.

“There should be clear assessment of the problems first to forward appropriate long-term solutions. Introduce effective reform policies and programs in the BOC,” Alejano suggested.

Alejano has previously criticized the proposal of placing BOC under military control.