Duterte endorses Angara, Villar, Cayetano for senator: It’s the right thing to do 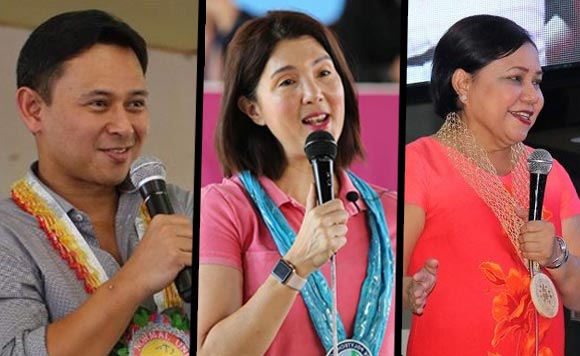 Duterte made the announcement in an ambush interview after the Tricycle Operators and Drivers’ Association Summit held in Pasay City on Wednesday evening.

“Si Angara, si Pia, sino pa ba mga babae? Cynthia Villar, of course they supported me, I have to support them. That’s the right thing to do,” the President said.

According to him, he is also supporting the Senate line-up of the Partido Demokratiko Pilipino-Lakas ng Bayan, his political party.

“Yes, I would think so. Not all. ‘Di kami magkaintindihan diyan sa exact numbers, but I will be supporting those who supported me during the last elections,” he added.