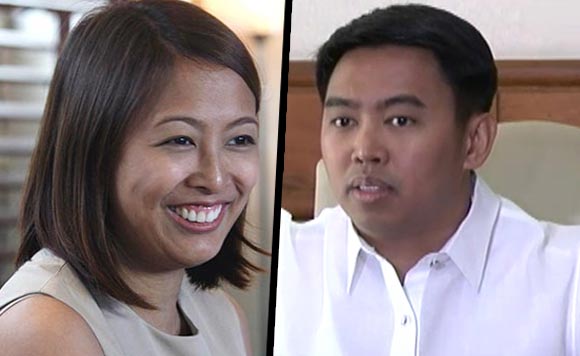 0 1,807
164
Want more POLITIKO News? Get the latest newsfeed here. We publish dozens and dozens of politics-only news stories every hour. Click here to get to know more about your politiko - from trivial to crucial. it's our commitment to tell their stories. We follow your favorite POLITIKO like they are rockstars. If you are the politiko, always remember, your side is always our story. Read more. Find out more. Get the latest news here before it spreads on social media. Follow and bookmark this link. https://goo.gl/SvY8Kr

The fight between siblings Abby and Junjun Binay continues to heat up as councilors allied with the former mayor blocked the passage of the 2019 executive budget, which would have funded the salary increase of more than 10,000 Makati City Hall employees.

Twelve councilors led by Majority Floor Leader Nemesio Yabut Jr. voted to postpone deliberations on theP18.17-billion budget for 2019 during council sessions held on January 9 and 16, leading to an impasse in the release of higher pay for city hall employees.

Vice Mayor Monique Lagdameo, the Presiding Officer of the Sangguniang Panlungsod, said the council has been discussing the proposed 2019 budget since October last year but councilors allied with Junjun have been stalling its passage.

Lagdameo said the council’s continued failure to pass the city’s budget has led to the reenactment of the 2018 budget and consequently, a delay in the release of city employees’ pay hike.

As a first class city, Makati could fully implement the fourth tranche of the Salary Standardization Law for government employees in one go. However, since the budget bill is still pending in the city council, the computation used for workers’ salaries are still based on the 2018 rates.