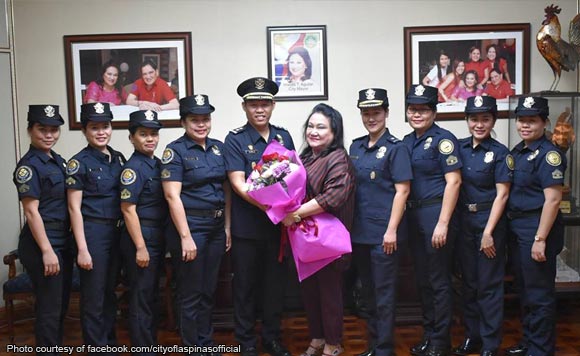 0 1,813
Share
Want more POLITIKO News? Get the latest newsfeed here. We publish dozens and dozens of politics-only news stories every hour. Click here to get to know more about your politiko - from trivial to crucial. it's our commitment to tell their stories. We follow your favorite POLITIKO like they are rockstars. If you are the politiko, always remember, your side is always our story. Read more. Find out more. Get the latest news here before it spreads on social media. Follow and bookmark this link. https://goo.gl/SvY8Kr

Las Piñas City Mayor Mel Aguilar has met with officers of the Las Pinas Bureau of Fire Protection (BFP) to discuss the fire safety campaigns they will implement this year.

During the meeting held this week, Aguilar affirmed the city government’s support for the BFP in its efforts to fight and prevent fires.

The BFP officers, in return, presented a bouquet of flowers to the mayor as a sign of their appreciation.

This bride got more excited about meeting Vico Sotto than…

Mayora Abby gets daughter her own ‘Air Binay’ kicks