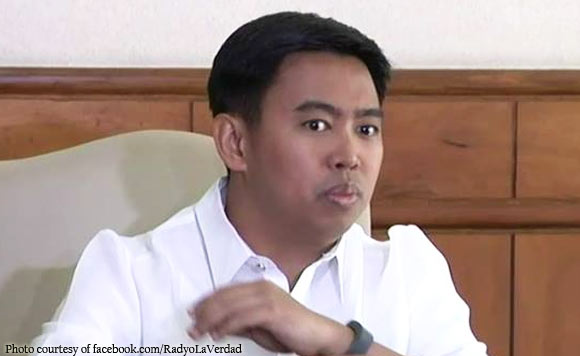 0 1,727
12
Want more POLITIKO News? Get the latest newsfeed here. We publish dozens and dozens of politics-only news stories every hour. Click here to get to know more about your politiko - from trivial to crucial. it's our commitment to tell their stories. We follow your favorite POLITIKO like they are rockstars. If you are the politiko, always remember, your side is always our story. Read more. Find out more. Get the latest news here before it spreads on social media. Follow and bookmark this link. https://goo.gl/SvY8Kr

Makati Councilor Maria Concepcion “Ichi” Yabut has slammed her fellow councilors who are allied with former mayor Jejomar Erwin “Junjun” Binay for refusing to pass the city’s budget for 2019 due to politics.

Ichi, the Minority Floor Leader of the Sangguniang Panlungsod, belied Councilor Nemesio Yabut Jr’s statement that the appropriations ordinance cannot be passed yet because the city council needs to exercise its oversight functions first.

She said history would show that this is the first time under the term of Makati Mayor Abby Binay that the passage of the city budget has been delayed, since 12 councilors led by Yabut have jumped ship to Junjun’s camp.

The councilor, who is allied with Abby, said there is no truth to Nemesio’s claim that the city council was unable to scrutinize the proposed P18.17-billion budget for 2019 because the mayor was rushing its passage.

The Sangguniang Panlungsod has yet to pass the city budget despite holding sessions on January 9 and 16. The impasse has led to a delay in the release of higher pay for city hall employees, in accordance with the implementation of the fourth tranche of the Salary Standardization Law (SSL).