Kiko on lowering age of criminal responsibility: 9-year-olds should be in school, not jail 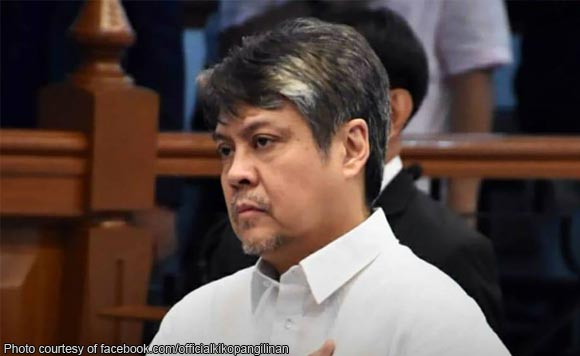 0 535
Share
Want more POLITIKO News? Get the latest newsfeed here. We publish dozens and dozens of politics-only news stories every hour. Click here to get to know more about your politiko - from trivial to crucial. it's our commitment to tell their stories. We follow your favorite POLITIKO like they are rockstars. If you are the politiko, always remember, your side is always our story. Read more. Find out more. Get the latest news here before it spreads on social media. Follow and bookmark this link. https://goo.gl/SvY8Kr

Opposition Senator Kiko Pangilinan on Friday weighed in on a move in the House of Representatives to lower the age of criminal responsibility from 15 years old to nine years old, saying children account for a minuscule proportion of criminals.

“Nine-year-olds should be in Grade 3, learning in schools and receiving the proper loving and care from their families,” he said in statement.

“Sadly, not all kids are fortunate to be in this situation. Many are in the streets, hungry, without shelter, fending for themselves and victimized by gangs and even men in uniform,” he said.

Pangilinan, president of the Liberal Party, was the author of the juvenile justice law setting the age of criminal responsibility at 15. President Rodrigo Duterte and his allies have attacked him for the law which they claim have helped criminal syndicates escape prosecution.

But the senator said this was a wrong observation.

“Police records show that only two percent of crimes in the country involve children. But, why give focus to the minuscule data and not to the bigger cause of crimes. Have the police even dismantled any syndicate victimizing the street children?” he said.

“The state should be meeting the appropriate penalty for the appropriate age. It should train its sights on the big, organized criminals, and let the children reform,” he said.