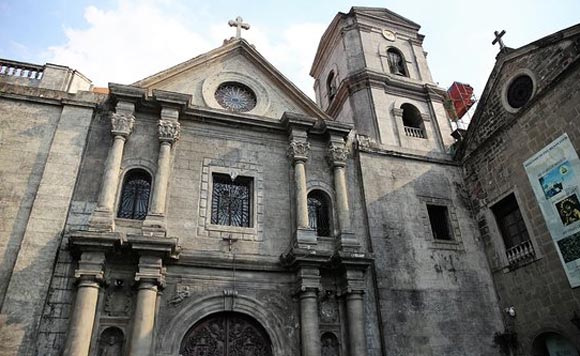 0 1,023
Share
Want more POLITIKO News? Get the latest newsfeed here. We publish dozens and dozens of politics-only news stories every hour. Click here to get to know more about your politiko - from trivial to crucial. it's our commitment to tell their stories. We follow your favorite POLITIKO like they are rockstars. If you are the politiko, always remember, your side is always our story. Read more. Find out more. Get the latest news here before it spreads on social media. Follow and bookmark this link. https://goo.gl/SvY8Kr

Senator Grace Poe opposes the construction of the Binondo-Intramuros bridge over fears that it will result in the delisting of the San Agustin Agustin Church and three other churches nationwide from the prestigious World Heritage List.

Poe expressed her concerns about the project, which will be funded by the Chinese government, during her interpellation of the Department of Public Works and Highways’ (DPWH) budget at the Senate Monday (January 14).

“I hope that a careful study will be done because this could cost the delisting of San Agustin and three other Philippine churches collectively called the Baroque Churches of the Philippines from the list of the UNESCO World Heritage Sites because apparently it will imperil those landmarks,” Poe told Senate Finance Committee chairperson Senator Loren Legarda, who sponsored the DPWH’s budget on the plenary.

In response to Poe’s query, Legarda said the DPWH was in “close coordination” with the Intramuros Administration and the National Commission for Culture and the Arts (NCCA) regarding the project.

Poe, however, said she was unconvinced about the necessity of the project, also because it will cause inconvenience to motorists.

According to the Unesco National Commission (Unacom), the construction of the Binondo-Intramuros bridge will encroach on the “buffer zone” specified by the United Nations Educational, Scientific and Cultural Organization (Unesco) for San Agustin Church as a World Heritage site.