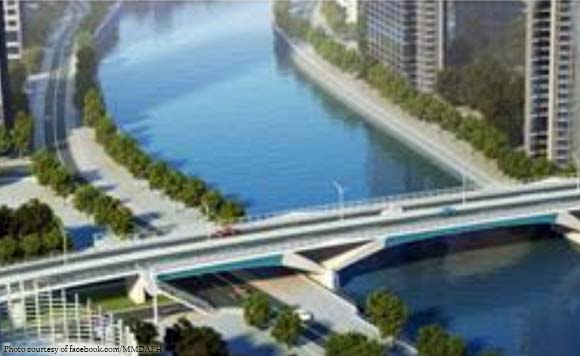 Poe expressed her objection to the bridge’s closure and her suspicions about the contractor during the interpellation of the Department of Public Works and Highways’ (DPWH) budget at the Senate on Monday.

She said CCC was banned by the World Bank in 2009 for bid-rigging, bribery and corruption in relation to projects funded by the multilateral lender. The company was also involved in massive land reclamation and dredging activities in the disputed areas in West Philippine Sea.

“I feel that in this particular case, as whispered to me by a bird, the Philippines will probably be used as a reference for them to be able to gain back their reputation,” Poe said.

The DPWH has scheduled the Rockwell Bridge’s closure on January 19 for its rehabilitation, which is seen to take 30 months. The project will be funded by a P1.2-billion grant from China.

Poe, however, said she does not see how adding two additional lanes to the bridge will help ease traffic when the end of the bridge in Mandaluyong side lands on a two-lane street.

The senator has filed Senate Resolution No. 984 urging the Senate Committees on Public Services and Public Works to look into the merits of replacing what she has called a “perfectly-working bridge.”